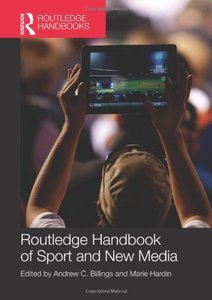 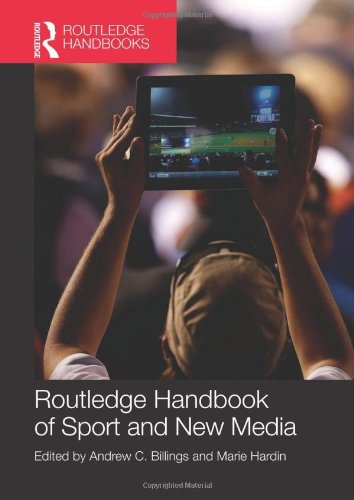 Routledge Handbook of Sport and New Media by Andrew C Billings and Marie Hardin
English | 2014 | ISBN: 0415532760 | 392 pages | PDF | 2,2 MB
New media technologies have become a central part of the sports media landscape. Sports fans use new media to watch games, discuss sports transactions, form fan-based communities, and secure minutiae about their favorite players and teams. Never before have fans known so much about athletes, whether that happens via Twitter feeds, fan sites, or blogs, and never before have the lines between producer, consumer, enactor, fan and athlete been more blurred. The Internet has made virtually everything available for sports media consumption; it has also made understanding sports media substantially more complex.

The Routledge Handbook of Sport and New Media is the most comprehensive and in-depth study of the impact of new media in sport ever to be published. Adopting a broad, interdisciplinary approach, the book explores new media in sport as a cultural, social, commercial, economic, and technological phenomenon, examining the profound impact of digital technologies on that the way that sport is produced, consumed and understood. There is no aspect of social life or commercial activity in general that is not being radically influenced by the rise of new media forms, and by offering a "state of the field" survey of work in this area, the Routledge Handbook of Sport and New Media is important reading for any advanced student, researcher or practitioner with an interest in sports studies, media studies or communication studies.