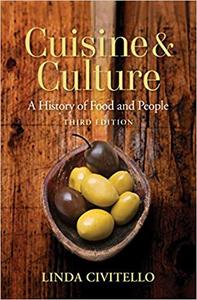 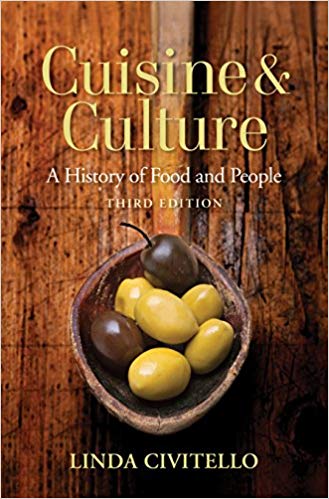 Linda Civitello, "Cuisine and Culture: A History of Food and People"
2011 | pages: 448 | ISBN: 0470403713 | EPUB | 10,3 mb
An illuminating account of how history shapes our diets—now in a new revised and updated Third Edition
Why did the ancient Romans believe cinnamon grew in swamps guarded by giant killer bats? How did African cultures imported by slavery influence cooking in the American South? What does the 700-seat McDonald's in Beijing serve in the age of globalization? With the answers to these and many more such questions, Cuisine and Culture, Third Edition presents an engaging, entertaining, and informative exploration of the interactions among history, culture, and food.
From prehistory and the earliest societies in the Fertile Crescent to today's celebrity chefs, Cuisine and Culture, Third Edition presents a multicultural and multiethnic approach to understanding how and why major historical events have affected and defined the culinary traditions in different societies. Now revised and updated, this Third Edition is more comprehensive and insightful than ever before.
* Covers prehistory through the present day—from the discovery of fire to the emergence of television cooking shows
* Explores how history, culture, politics, sociology, and religion have determined how and what people have eaten through the ages
* Includes a sampling of recipes and menus from different historical periods and cultures
* Features French and Italian pronunciation guides, a chronology of food books and cookbooks of historical importance, and an extensive bibliography
* Includes all-new content on technology, food marketing, celebrity chefs and cooking television shows, and Canadian cuisine.
Complete with revealing historical photographs and illustrations, Cuisine and Culture is an essential introduction to food history for students, history buffs, and food lovers.