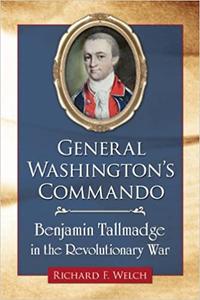 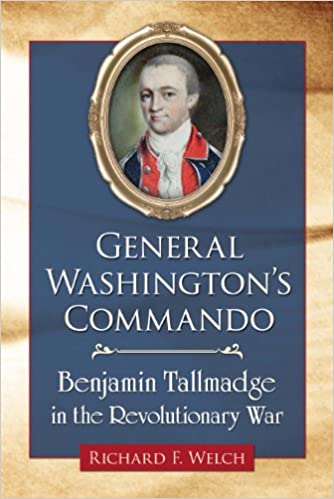 Richard F. Welch, "General Washington's Commando: Benjamin Tallmadge in the Revolutionary War"
English | 2014 | ISBN: 0786479639 | 204 pages | EPUB | 1.3 MB
The multi-faceted Revolutionary War career of Benjamin Tallmadge included operations as a dragoon commander, intelligence and counter-intelligence officer, and master of combined land-sea operations. Tallmadge fought in the battles of Long Island, White Plains, and Germantown, and defended the Patriot population in the no-man's-land of Westchester County against British and Tory raiders. After Washington rewarded him with his own legion, he unleashed bold raids on British-occupied Long Island from his bases in Connecticut. All the while, he ran Washington's most active espionage ring in New York and Long Island. Reversing roles, he played a key role in foiling Benedict Arnold's plot to betray the American stronghold of West Point to the British.
Tallmadge's Revolutionary service graphically illuminates the struggle in the region that witnessed the most continuous, relentless, often pitiless, fighting of the struggle. In particular, this book describes the internecine quality of the fighting in politically-divided Long Island and Westchester, and details how the struggle continued without let-up even after Yorktown. Though Tallmadge's fascinating post-war career receives careful attention, the book focuses on his Revolutionary War service.