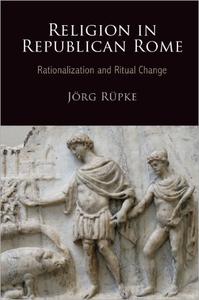 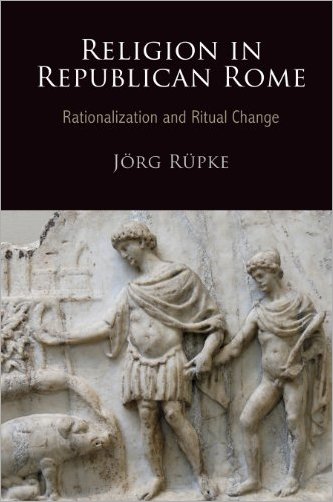 Religion in Republican Rome: Rationalization and Ritual Change (Empire and After) by Jörg Rüpke
English | April 25, 2012 | ISBN: 0812243943 | True EPUB | 328 pages | 2 MB
Roman religion as we know it is largely the product of the middle and late republic, the period falling roughly between the victory of Rome over its Latin allies in 338 B.C.E. and the attempt of the Italian peoples in the Social War to stop Roman domination, resulting in the victory of Rome over all of Italy in 89 B.C.E. This period witnessed the expansion and elaboration of large public rituals such as the games and the triumph as well as significant changes to Roman intellectual life, including the emergence of new media like the written calendar and new genres such as law, antiquarian writing, and philosophical discourse.

In Religion in Republican Rome Jörg Rüpke argues that religious change in the period is best understood as a process of rationalization: rules and principles were abstracted from practice, then made the object of a specialized discourse with its own rules of argument and institutional loci. Thus codified and elaborated, these then guided future conduct and elaboration. Rüpke concentrates on figures both famous and less well known, including Gnaeus Flavius, Ennius, Accius, Varro, Cicero, and Julius Caesar. He contextualizes the development of rational argument about religion and antiquarian systematization of religious practices with respect to two complex processes: Roman expansion in its manifold dimensions on the one hand and cultural exchange between Greece and Rome on the other.