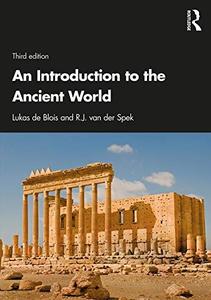 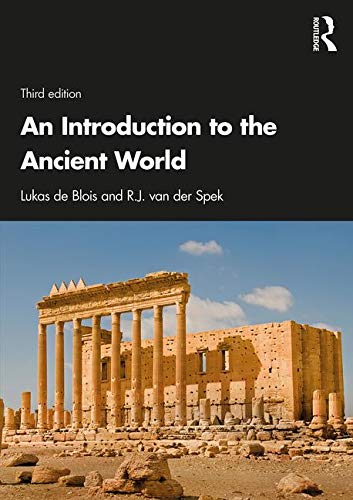 An Introduction to the Ancient World, 3rd Edition by Lukas De Blois, R. J. van der Spek
English | June 1, 2019 | ISBN: 0815372418 | PDF | 432 pages | 55.6 MB
An Introduction to the Ancient World offers a thorough survey of the history of the ancient Near East, Greece and Rome. Covering the social, political, economic and cultural processes that have influenced later western and Near Eastern civilisations, this volume considers subjects such as the administrative structures, economies and religions of the ancient Near East, Athenian democracy, the development of classical Greek literature, the interaction of cultures in the Hellenistic world, the political and administrative system of the Roman Republic and empire, and the coming of Christianity, all within the broad outline of political history.

This third edition is thoroughly updated and some chapters are completely rewritten to cover recent historical research. Changes include:

more attention to economic structures and developments, and to the history of the later Roman Empire (third to sixth centuries AD);
incorporation of the results of recent archaeological and historical research, and recently published studies of ancient literature;
‘boxes’ that support the main text, on topics including economic and political systems, religion and terminology;
redrawn maps and new, higher-quality images;
the inclusion of useful websites in the bibliography.

An Introduction to the Ancient World provides an easily readable, user-friendly, integrated overview for students of ancient history, classics and archaeology. Lavishly illustrated, clearly and concisely written, and well organised, this fully updated and revised edition will remain a key resource for students beginning to investigate the civilisations of the ancient Mediterranean.