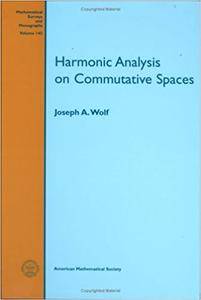 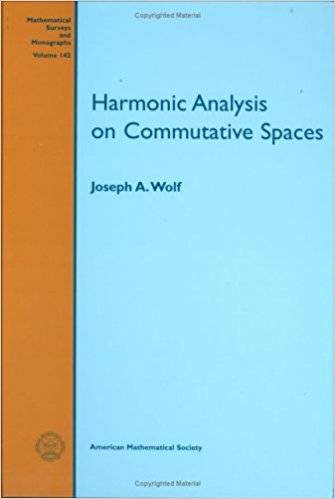 Joseph A. Wolf, "Harmonic Analysis on Commutative Spaces"
English | 2007 | ISBN: 0821842897 | DJVU | pages: 390 | 15.4 mb
This book starts with the basic theory of topological groups, harmonic analysis, and unitary representations. It then concentrates on geometric structure, harmonic analysis, and unitary representation theory in commutative spaces. Those spaces form a simultaneous generalization of compact groups, locally compact abelian groups, and riemannian symmetric spaces. Their geometry and function theory is an increasingly active topic in mathematical research, and this book brings the reader up to the frontiers of that research area with the recent classifications of weakly symmetric spaces and of Gelfand pairs. Part 1, "General Theory of Topological Groups", is an introduction with many examples, including all of the standard semisimple linear Lie groups and the Heisenberg groups. It presents the construction of Haar measure, the invariant integral, the convolution product, and the Lebesgue spaces. Part 2, "Representation Theory and Compact Groups", provides background at a slightly higher level. Besides the basics, it contains the Mackey Little-Group method and its application to Heisenberg groups, the Peter-Weyl Theorem, Cartan's highest weight theory, the Borel-Weil Theorem, and invariant function algebras. Part 3, "Introduction to Commutative Spaces", describes that area up to its recent resurgence. Spherical functions and associated unitary representations are developed and applied to harmonic analysis on $G/K$ and to uncertainty principles. Part 4, "Structure and Analysis for Commutative Spaces", summarizes riemannian symmetric space theory as a rôle model, and with that orientation delves into recent research on commutative spaces. The results are explicit for spaces $G/K$ of nilpotent or reductive type, and the recent structure and classification theory depends on those cases. Parts 1 and 2 are accessible to first-year graduate students. Part 3 takes a bit of analytic sophistication but generally is accessible to graduate students. Part 4 is intended for mathematicians beginning their research careers as well as mathematicians interested in seeing just how far one can go with this unified view of algebra, geometry, and analysis.