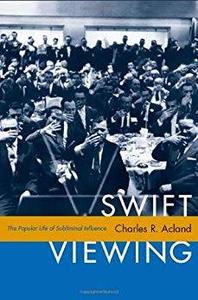 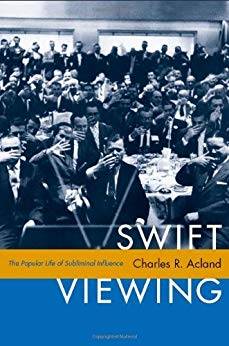 Charles R. Acland, "Swift Viewing: The Popular Life of Subliminal Influence"
English | 25 Mar. 2012 | ISBN: 0822349248, 0822349191 | 328 Pages | PDF | 3 MB
Since the late 1950s, the idea that hidden, imperceptible messages could influence mass behavior has been debated, feared, and ridiculed. In Swift Viewing, Charles R. Acland reveals the secret story of subliminal influence, showing how an obscure concept from experimental psychology became a mainstream belief about our vulnerability to manipulation in an age of media clutter. He chronicles the enduring popularity of the dubious claims about subliminal influence, tracking their migration from nineteenth-century hypnotism to twentieth-century front-page news. His expansive history of popular concern about subliminal messages shows how the notion of "hidden persuaders" became a vernacular media critique, one reflecting anxiety about a rapidly expanding media environment. Through a deep archive of eclectic examples, including educational technology in the American classroom, mind-control tropes in science fiction, Marshall McLuhan's media theories, and sensational claims in the late 1950s about subliminal advertising, Acland establishes the subliminal as both a product of and a balm for information overload.