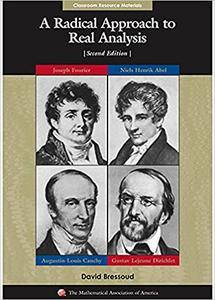 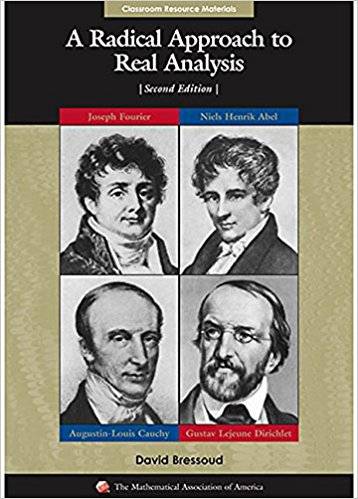 David M. Bressoud, "A Radical Approach to Real Analysis: Second Edition"
2006 | pages: 340 | ISBN: 0883857472 | DJVU | 3,0 mb
In the second edition of this MAA classic, exploration continues to be an essential component. More than 60 new exercises have been added, and the chapters on Infinite Summations, Differentiability and Continuity, and Convergence of Infinite Series have been reorganized to make it easier to identify the key ideas. A Radical Approach to Real Analysis is an introduction to real analysis, rooted in and informed by the historical issues that shaped its development. It can be used as a textbook, or as a resource for the instructor who prefers to teach a traditional course, or as a resource for the student who has been through a traditional course yet still does not understand what real analysis is about and why it was created. The book begins with Fourier s introduction of trigonometric series and the problems they created for the mathematicians of the early 19th century. It follows Cauchy s attempts to establish a firm foundation for calculus, and considers his failures as well as his successes. It culminates with Dirichlet s proof of the validity of the Fourier series expansion and explores some of the counterintuitive results Riemann and Weierstrass were led to as a result of Dirichlet s proof.