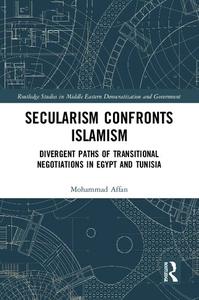 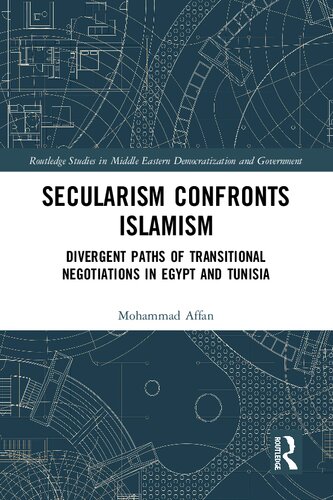 Secularism Confronts Islamism: Divergent Paths of Transitional Negotiations in Egypt and Tunisia by Mohammad Affan
English | Dec 31, 2021 | ISBN: 1032133732 | 240 pages | PDF | 10,4 MB
This book provides in-depth examination of the recent confrontation between Islamists and secularists in Egypt and Tunisia. Presenting a new approach to understand Islamism and secularism, the research addresses the variables that could affect the outcome of transitional negotiations.

The secularist-Islamist conflict proved to be a major hindrance for democratisation and a main source of political instability in the Middle East. During the Arab Spring, disputes between both political trends sparked shortly after getting rid of their common enemy: the autocratic rulers. First, they disagreed on how to lead the transitional period. Then, polarisation grew deeper with the political competition in the parliamentary and presidential elections and the ideological disagreements during the drafting of the constitution. Eventually, this conflict put Tunisia at a verge of civil strife in the summer of 2013 and led to collapse of the transitional process in Egypt after the military coup.

Examining the causes of the conflict between the secularists and the Islamists during the transitional period, the work provides new insights from the Arab Spring experience. Updating the transition literature, the book is a key resource to academics and students interested in democratization theory and Middle East politics.