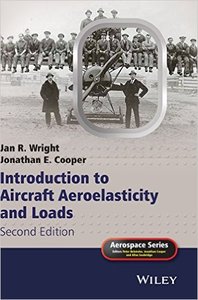 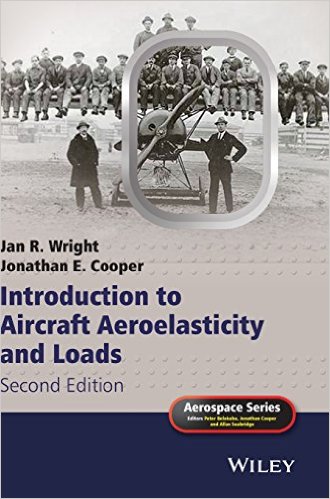 Jan R. Wright and Jonathan E. Cooper, "Introduction to Aircraft Aeroelasticity and Loads, 2nd Edition"
English | ISBN: 1118488016 | 2015 | 574 pages | PDF | 16 MB
Introduction to Aircraft Aeroelasticity and Loads, Second Edition is an updated new edition offering comprehensive coverage of the main principles of aircraft aeroelasticity and loads. For ease of reference, the book is divided into three parts and begins by reviewing the underlying disciplines of vibrations, aerodynamics, loads and control, and then goes on to describe simplified models to illustrate aeroelastic behaviour and aircraft response and loads for the flexible aircraft before introducing some more advanced methodologies. Finally, it explains how industrial certification requirements for aeroelasticity and loads may be met and relates these to the earlier theoretical approaches used.

Key features of this new edition include:

Uses a unified simple aeroelastic model throughout the book
Major revisions to chapters on aeroelasticity
Updates and reorganisation of chapters involving Finite Elements
Some reorganisation of loads material
Updates on certification requirements
Accompanied by a website containing a solutions manual, and MATLAB® and SIMULINK® programs that relate to the models used
For instructors who recommend this textbook, a series of lecture slides are also available
Introduction to Aircraft Aeroelasticity and Loads, Second Edition is a must–have reference for researchers and practitioners working in the aeroelasticity and loads fields, and is also an excellent textbook for senior undergraduate and graduate students in aerospace engineering.