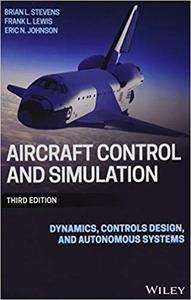 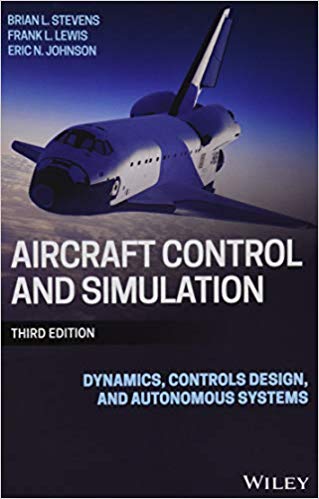 Get a complete understanding of aircraft control and simulation
Aircraft Control and Simulation: Dynamics, Controls Design, and Autonomous Systems, Third Edition is a comprehensive guide to aircraft control and simulation. This updated text covers flight control systems, flight dynamics, aircraft modeling, and flight simulation from both classical design and modern perspectives, as well as two new chapters on the modeling, simulation, and adaptive control of unmanned aerial vehicles.
With detailed examples, including relevant MATLAB calculations and FORTRAN codes, this approachable yet detailed reference also provides access to supplementary materials, including chapter problems and an instructor's solution manual.

Aircraft control, as a subject area, combines an understanding of aerodynamics with knowledge of the physical systems of an aircraft. The ability to analyze the performance of an aircraft both in the real world and in computer-simulated flight is essential to maintaining proper control and function of the aircraft. Keeping up with the skills necessary to perform this analysis is critical for you to thrive in the aircraft control field.

Explore a steadily progressing list of topics, including equations of motion and aerodynamics, classical controls, and more advanced control methods
Consider detailed control design examples using computer numerical tools and simulation examples
Understand control design methods as they are applied to aircraft nonlinear math models
Access updated content about unmanned aircraft (UAVs)
Aircraft Control and Simulation: Dynamics, Controls Design, and Autonomous Systems, Third Edition is an essential reference for engineers and designers involved in the development of aircraft and aerospace systems and computer-based flight simulations, as well as upper-level undergraduate and graduate students studying mechanical and aerospace engineering.
Without You And Your Support We Can’t Continue
Thanks For Buying Premium From My Links For Support