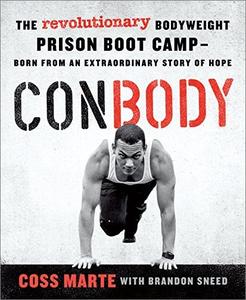 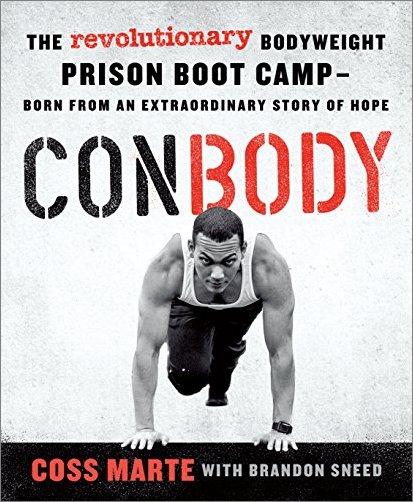 ConBody: The Revolutionary Bodyweight Prison Boot Camp, Born from an Extraordinary Story of Hope by Coss Marte
English | March 20, 2018 | ISBN: 1250126029 | EPUB | 240 pages | 91.1 MB
“When Coss Marte went to prison 10 years ago, he was faced with not one, but two big challenges: lose weight and discover a legitimate career upon release. Luckily for him, overcoming the first obstacle helped him find the answer to the other.”―NPR

As a teenager, Coss Marte was flying high on New York’s Lower East Side as a drug dealer, making money hand over fist. But after watching his life and those of his loved ones fall apart, he realized things had to change. That change occurred when he was sentenced to prison.

Within the space of his own cell and without workout equipment, Coss took the initiative to improve his circumstances and created ConBody, a bodyweight-only approach to fitness. This plan helped him drop 70 pounds from his dangerously obese frame, reversing a negative health prognosis of surviving the next five years. Once he saw that his workout plan was not only effective, but accessible, he knew he’d found a pathway to health and ultimately to a new life―and designed a regimen to train his fellow inmates.

When he left prison, he returned to the Lower East Side, but not to his criminal career. Instead he worked out in his old hangouts and gained a small following that turned into an acclaimed business, winning entrepreneurial awards and the support of Shark Tank’s Barbara Corcoran.

Coss’s method works. These exercises are for anyone, anywhere. All you need is yourself and the space of a jail cell to get started. It’s perfect for busy lifestyles on the go and can be done in hotel rooms, small apartments, and in your backyard.

With fun, engaging exercises, ConBody: The Revolutionary Bodyweight Boot Camp will help give you the extraordinary hope and resilience to improve your health and life.