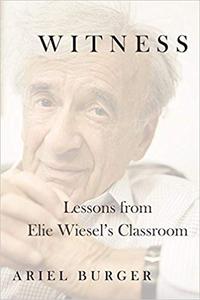 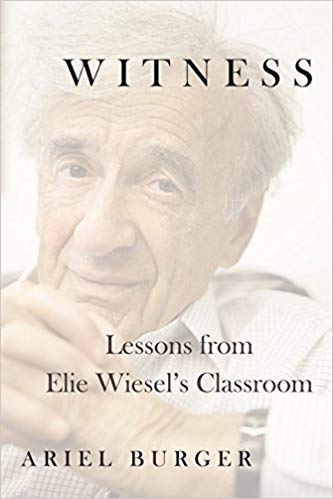 Elie Wiesel was a towering presence on the world stage—a Nobel laureate, activist, adviser to world leaders, and the author of more than forty books, including the Oprah’s Book Club selection Night. But when asked, Wiesel always said, “I am a teacher first.”

In fact, he taught at Boston University for nearly four decades, and with this book, Ariel Burger—devoted protégé, apprentice, and friend—takes us into the sacred space of Wiesel’s classroom. There, Wiesel challenged his students to explore moral complexity and to resist the dangerous lure of absolutes. In bringing together never-before-recounted moments between Wiesel and his students, Witness serves as a moral education in and of itself—a primer on educating against indifference, on the urgency of memory and individual responsibility, and on the role of literature, music, and art in making the world a more compassionate place.

Burger first met Wiesel at age fifteen; he became his student in his twenties, and his teaching assistant in his thirties. In this profoundly thought-provoking and inspiring book, Burger gives us a front-row seat to Wiesel’s remarkable exchanges in and out of the classroom, and chronicles the intimate conversations between these two men over the decades as Burger sought counsel on matters of intellect, spirituality, and faith, while navigating his own personal journey from boyhood to manhood, from student and assistant, to rabbi and, in time, teacher.

“Listening to a witness makes you a witness,” said Wiesel. Ariel Burger’s book is an invitation to every reader to become Wiesel’s student, and witness.