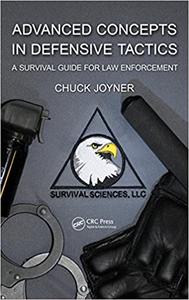 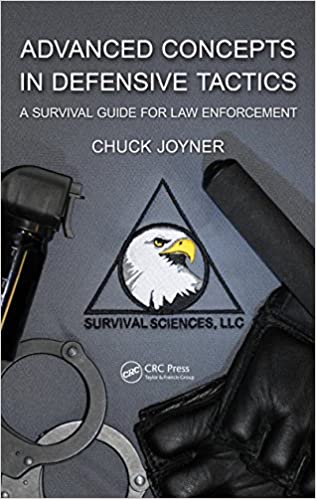 Chuck Joyner, "Advanced concepts in defensive tactics : a survival guide for law enforcement"
English | 2010 | ISBN: 143984500X | PDF | pages: 282 | 91.9 mb
Today’s society is becoming increasingly more likely to resist the lawful actions of law enforcement officers. It is critical for officers to have the necessary defensive tactics (DT) skills to successfully overcome resistance in an efficient, safe, and legal manner. The answer to achieving these results is NOT in teaching thousands of possible responses to an infinite number of potential attacks. The answer is to first use a Risk Management approach and identify the most common and dangerous attacks on officers. Next, a successful DT program must stress core concepts, proper body mechanics, natural instinctive movement, and proven principles of survival.

Advanced Concepts in Defensive Tactics: A Survival Guide for Law Enforcement presents the instruction of Master Police Instructor Chuck Joyner. Developed during his tenure as a FBI use of force instructor, and expanded by his lifelong dedication to the martial arts, Joyner’s Survival Sciences DT program relies on adhering to advanced concepts rather than memorizing countless techniques. Based on extensive research and actual street experience, this manual:


- Focuses on defensive tactics that are easily taught, understood, and applied by officers regardless of their size, strength, or athletic ability

Chuck Joyner, a recognized expert in the use of force, lectures throughout the United States and internationally on myriad law enforcement topics. Mr. Joyner holds several FBI instructor certifications in force-related training, has earned black belts in four martial arts, and was awarded master rank in two styles. He was inducted into the Martial Arts Hall of Fame as instructor of the year in 2006. Mr. Joyner was employed by the CIA from 1983 to 1987, and has worked as a Special Agent with the FBI since 1987.
Chuck was interviewed on February 29, 2012 on American Heroes Radio.