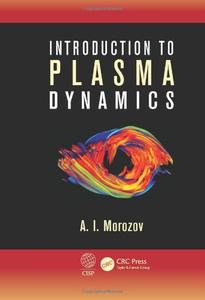 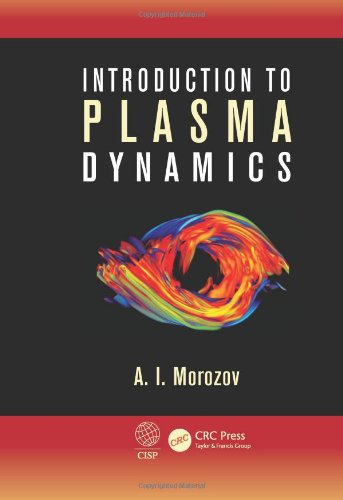 Introduction to Plasma Dynamics by A. I. Morozov
English | ISBN: 1439881324 | 2013 | 840 pages | PDF | 15 MB
As the twenty-first century progresses, plasma technology will play an increasing role in our lives, providing new sources of energy, ion–plasma processing of materials, wave electromagnetic radiation sources, space plasma thrusters, and more. Studies of the plasma state of matter not only accelerate technological developments but also improve the understanding of natural phenomena. Beginning with an introduction to the characteristics and types of plasmas, Introduction to Plasma Dynamics covers the basic models of classical diffuse plasmas used to describe such phenomena as linear and shock waves, stationary flows, elements of plasma chemistry, and principles of plasma lasers.

The author presents specific examples to demonstrate how to use the models and to familiarize readers with modern plasma technologies. The book describes structures of magnetic fields—one- and zero-dimensional plasma models. It considers single-, two-, and multi-component simulation models, kinetics and ionization processes, radiation transport, and plasma interaction with solid surfaces. The text also examines self-organization and general problems associated with instabilities in plasma systems. In addition, it discusses cosmic plasma dynamic systems, such as Earth’s magnetosphere, spiral nebulas, and plasma associated with the Sun.

This text provides wide-range coverage of issues related to plasma dynamics, with a final chapter addressing advanced plasma technologies, including plasma generators, plasma in the home, space propulsion engines, and controlled thermonuclear fusion. It demonstrates how to approach the analysis of complex plasma systems, taking into account the diversity of plasma environments. Presenting a well-rounded introduction to plasma dynamics, the book takes into consideration the models of plasma phenomena and their relationships to one another as well as their applications.