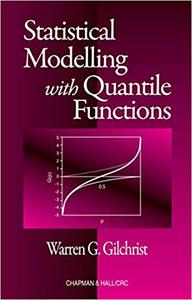 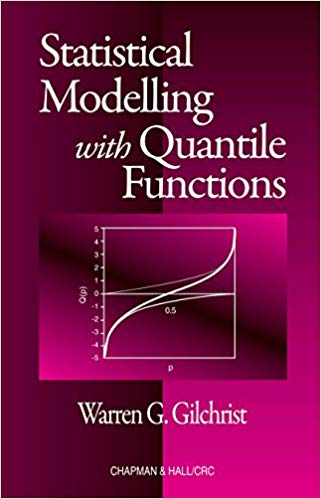 Warren Gilchrist, "Statistical Modelling with Quantile Functions"
2000 | pages: 301 | ISBN: 1584881747 | PDF | 8,4 mb
Galton used quantiles more than a hundred years ago in describing data. Tukey and Parzen used them in the 60s and 70s in describing populations. Since then, the authors of many papers, both theoretical and practical, have used various aspects of quantiles in their work. Until now, however, no one put all the ideas together to form what turns out to be a general approach to statistics.
Statistical Modelling with Quantile Functions does just that. It systematically examines the entire process of statistical modelling, starting with using the quantile function to define continuous distributions. The author shows that by using this approach, it becomes possible to develop complex distributional models from simple components. A modelling kit can be developed that applies to the whole model - deterministic and stochastic components - and this kit operates by adding, multiplying, and transforming distributions rather than data.
Statistical Modelling with Quantile Functions adds a new dimension to the practice of statistical modelling that will be of value to anyone faced with analyzing data. Not intended to replace classical approaches but to supplement them, it will make some of the traditional topics easier and clearer, and help readers build and investigate models for their own practical statistical problems.