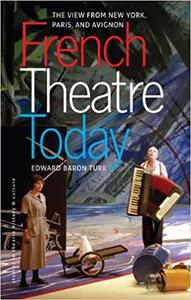 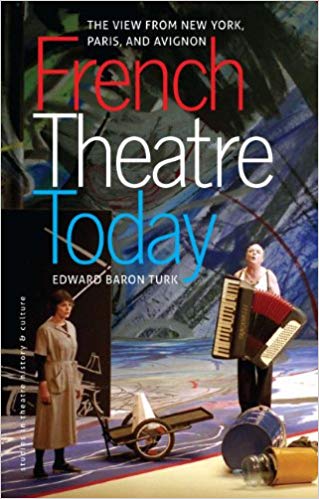 Edward Baron Turk, "French Theatre Today: The View from New York, Paris, and Avignon "
English | ISBN: 1587299925 | 2011 | 367 pages | PDF | 3 MB
In 2005 literary and film critic Edward Turk immersed himself in New York City’s ACT FRENCH festival, a bold effort to enhance American contact with the contemporary French stage. This dizzying crash course on numerous aspects of current French theatre paved the way for six months of theatregoing in Paris and a month’s sojourn at the 2006 Avignon Festival. In French Theatre Today he turns his yearlong involvement with this rich topic into an accessible, intelligent, and comprehensive overview of contemporary French theatre. Situating many of the nearly 150 stage pieces he attended within contexts and timeframes that stretch backward and forward over a number of years, he reveals French theatre during the first decade of the twenty-first century to be remarkably vital, inclined toward both innovation and concern for its audience, and as open to international influence as it is respectful of national tradition.
French Theatre Today provides a seamless mix of critical analysis with lively description, theoretical considerations with reflexive remarks by the theatremakers themselves, and matters of current French and American cultural politics. In the first part, “New York,” Turk offers close-ups of French theatre works singled out during the ACT FRENCH festival for their presumed attractiveness to American audiences and critics. The second part, “Paris,” depicts a more expansive range of French theatre pieces as they play out on their own soil. In the third part, “Avignon,” Turk captures the subject within a more fluid context that is, most interestingly, both eminently French and resolutely international. The Paris and Avignon chapters contain valuable and well-informed contextual and background information as well as descriptions of the milieus of the Avignon Festival and the various neighborhoods in Paris where he attended performances, information that readers cannot find easily elsewhere. Finally, in the spirit of inclusiveness that characterizes so much new French theatre and to give a representative account of his own experiences as a spectator, Turk rounds out his survey with observations on Paris’s lively opera scene and France’s wealth of circus entertainments, both traditional and newly envisioned.
With his shrewd assessments of contemporary French theatre, Turk conveys an excitement and an affection for his topic destined to arouse similar responses in his readers. His book’s freshness and openness will reward theatre enthusiasts who are curious about an aspect of French culture that is inadequately known in this country, veteran scholars and students of contemporary world theatre, and those American theatre professionals who have the ultimate authority and good fortune to determine which new French works will reach audiences on these shores.