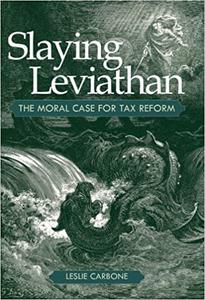 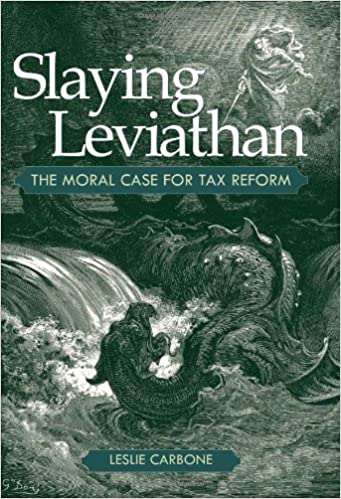 Leslie Carbone, "Slaying Leviathan: The Moral Case for Tax Reform"
English | 2009 | ISBN: 159797417X | 206 pages | EPUB | 1.8 MB
In the natural order, virtue and vice each carries its own consequences. On the one hand, virtue yields largely positive results. Hard work, patience, and carefulness, for example, tend to generate prosperity. Vice, on the other hand, brings negative consequences. Sloth, impatience, and recklessness, for example, tend toward suffering.

In Slaying Leviathan, Leslie Carbone argues that since the early twentieth century, U.S. tax policy has been designed to mitigate the natural economic results of both virtue and vice. When the government disrupts the natural order through taxation by creating incentives and disincentives that overturn these natural consequences, the government perverts its own function and becomes part of the problem—a contributor to social breakdown—rather than part of the solution or an instrument of justice.

Slaying Leviathan envisions an approach to tax policy rooted in natural justice. To achieve this goal, Carbone first traces the historical evolution of U.S. tax policy, from the 1765 Stamp Act to the 1997 tax cut. She then assesses the current American tax burden and George W. Bush’s tax cuts and explores the fundamental problems with U.S. tax policy. After providing a historical analysis of federal spending and of expanding governmental expectations, she offers a set of over-arching principles and instructions on how to apply them to tax policy proposals.