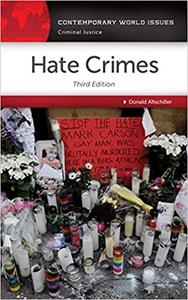 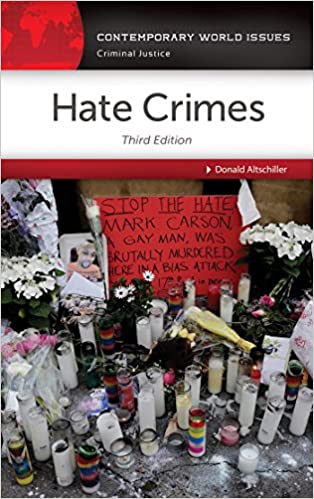 Donald Altschiller, "Hate Crimes: A Reference Handbook"
English | 2015 | pages: 392 | ISBN: 1610699467 | PDF | 1,6 mb
Hate crime is a disturbing phenomenon that is the subject of constant debate, discussion, and legislation. This book helps readers understand the complex issue and see how the government and activists are proactively combating hate crime.
With the first two editions widely praised by reviewers, Hate Crimes: A Reference Handbook, Third Edition remains the most comprehensive reference source on bias-motivated violence committed in the United States. The book contains vital history on hate crime legislation, provides a detailed chronology of recent events, and offers the most up-to-date information on its prevalence and the affected religious, racial, and other targeted communities, such as Jewish Americans and Sikh Americans. Dozens of expert contributors―such as Kenneth L. Marcus, president and general counsel of the Louis D. Brandeis Center for Human Rights Under Law―present a balanced range of perspectives on the growing phenomenon, enabling readers to fully comprehend the widespread problem and develop their own informed opinion.

Written in an accessible style suited to high school and undergraduate-level students as well as general readers, this book provides an essential, current, and easy-to-read ready reference on the timely and evolving issue of hate crime in the United States. The material provides an introductory overview of the topic of hate crime as well as insightful discussion of specific subjects, such as U.S. Supreme Court decisions and federal and state legislation regarding hate crimes, the incidence of hate crimes committed on America's college campuses, and governmental and citizen efforts to combat this disturbing phenomenon.
•Presents a unique listing of audio-visual sources, including the most comprehensive annotated entries of magazine articles and other books on the topic
•Provides the most comprehensive source for U.S. congressional hearings and legislation on hate crimes
•Supplies a wide range of viewpoints on the philosophical and legal arguments both in support of and in opposition to hate crime legislation