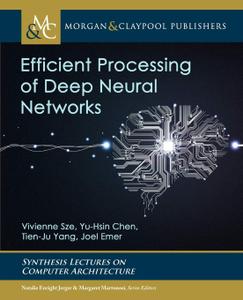 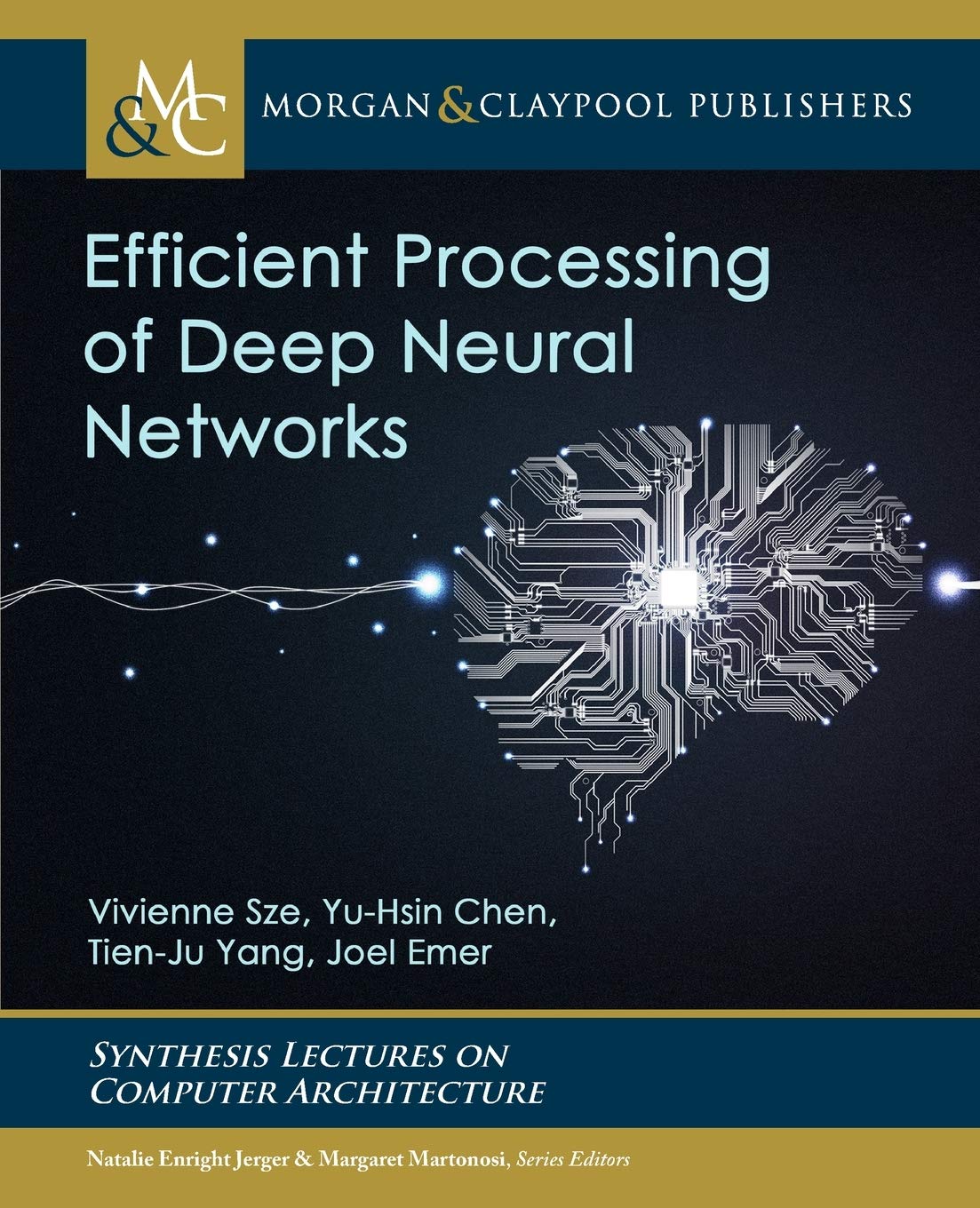 This book provides a structured treatment of the key principles and techniques for enabling efficient processing of deep neural networks (DNNs). DNNs are currently widely used for many artificial intelligence (AI) applications, including computer vision, speech recognition, and robotics. While DNNs deliver state-of-the-art accuracy on many AI tasks, it comes at the cost of high computational complexity. Therefore, techniques that enable efficient processing of deep neural networks to improve key metricssuch as energy-efficiency, throughput, and latencywithout sacrificing accuracy or increasing hardware costs are critical to enabling the wide deployment of DNNs in AI systems.

The book includes background on DNN processing; a description and taxonomy of hardware architectural approaches for designing DNN accelerators; key metrics for evaluating and comparing different designs; features of DNN processing that are amenable to hardware/algorithm co-design to improve energy efficiency and throughput; and opportunities for applying new technologies. Readers will find a structured introduction to the field as well as formalization and organization of key concepts from contemporary work that provide insights that may spark new ideas.

She is an Associate Professor at MIT in the Electrical Engineering and Computer Science Department. Her research interests include energy-aware signal processing algorithms, and low-power circuit and system design for portable multimedia applications including computer vision, deep learning, autonomous navigation, image processing, and video compression. Prior to joining MIT, she was a Member of Technical Staff in the Systems and Applications R&D Center at Texas Instruments (TI), Dallas, TX, where she designed low-power algorithms and architectures for video coding. She also represented TI in the JCT-VC committee of ITUT and ISO/IEC standards body during the development of High Efficiency Video Coding (HEVC), which received a Primetime Engineering Emmy Award. Within the committee, she was the primary coordinator of the core experiment on coefficient scanning and coding, and she chaired/vice-chaired several ad hoc groups on entropy coding. She is a co-editor of High Efficiency Video Coding (HEVC): Algorithms and Architectures (Springer, 2014).

Yu-Hsin Chen received a B.S. degree in Electrical Engineering from National Taiwan University, Taipei, Taiwan, in 2009, and M.S. and Ph.D. degrees in Electrical Engineering and Computer Science (EECS) from Massachusetts Institute of Technology (MIT), Cambridge, MA, in 2013 and 2018, respectively. He received the 2018 Jin-Au Kong Outstanding Doctoral Thesis Prize in Electrical Engineering at MIT and the 2019 ACM SIGARCH/IEEE-CS TCCA Outstanding Dissertation Award. He is currently a Research Scientist at Facebook focusing on hardware/software co-design to enable on-device AI for AR/VR systems. Previously, he was a Research Scientist in Nvidia's Architecture Research Group.

He was the recipient of the 2015 Nvidia Graduate Fellowship, 2015 ADI Outstanding Student Designer Award, and 2017 IEEE SSCS Predoctoral Achievement Award. His work on the dataflows for CNN accelerators was selected as one of the Top Picks in Computer Architecture in 2016. He also co-taught a tutorial on "Hardware Architectures for Deep Neural Networks" at MICRO-49, ISCA2017, MICRO-50, and ISCA2019.

Tien-Ju Yang received a B.S. degree in Electrical Engineering from National Taiwan University (NTU), Taipei, Taiwan, in 2010, and an M.S. degree in Electronics Engineering from NTU in 2012. Between 2012 and 2015, he worked in the Intelligent Vision Processing Group, MediaTek Inc., Hsinchu, Taiwan, as an engineer. He is currently a Ph.D. candidate in Electrical Engineering and Computer Science at Massachusetts Institute of Technology, Cambridge, MA, working on efficient deep neural network design. His research interest spans the area of deep learning, computer vision, machine learning, image/video processing, and VLSI system design. He won first place in the 2011 National Taiwan University Innovation Contest. He also co-taught a tutorial on "Efficient Image Processing with Deep Neural Networks" at IEEE International Conference on Image Processing 2019.

He is currently a Senior Distinguished Research Scientist with Nvidia's Architecture Research Group, Westford, MA, USA, where he is responsible for exploration of future architectures and modeling and analysis methodologies. He is also a Professor of the Practice at the Massachusetts Institute of Technology, Cambridge, MA, USA. Previously, he was with Intel, where he was an Intel Fellow and the Director of Microarchitecture Research. At Intel, he led the VSSAD Group, which he had previously been a member of at Compaq and Digital Equipment Corporation. Over his career, he has held various research and advanced development positions investigating processor micro-architecture and developing performance modeling and evaluation techniques. He has made architectural contributions to a number of VAX, Alpha, and X86 processors and is recognized as one of the developers of the widely employed quantitative approach to processor performance evaluation. He has been recognized for his contributions in the advancement of simultaneous multithreading technology, processor reliability analysis, cache organization, pipelined processor organization and spatial architectures for deep learning.

Dr. Emer is a Fellow of the ACM and IEEE and a member of the NAE. He has been a recipient of numerous public recognitions. In 2009, he received the Eckert-Mauchly Award for lifetime contributions in computer architecture. He received the Purdue University Outstanding Electrical and Computer Engineer Alumni Award and the University of Illinois Electrical and Computer Engineering Distinguished Alumni Award in 2010 and 2011, respectively. His 1996 paper on simultaneous multithreading received the ACM/SIGARCH-IEEE-CS/TCCA: Most Influential Paper Award in 2011. He was named to the ISCA and MICRO Halls of Fame in 2005 and 2015, respectively. He has had six papers selected for the IEEE Micro's Top Picks in Computer Architecture in 2003, 2004, 2007, 2013, 2015, and 2016. He was the Program Chair of the International Symposium on Computer Architecture (ISCA) in 2000 and the International Symposium on Microarchitecture (MICRO) in 2017.