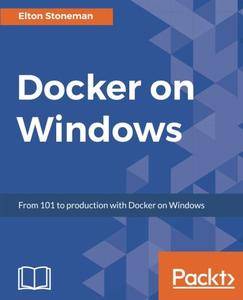 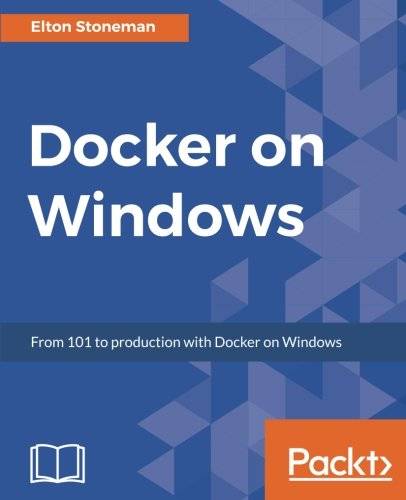 About This Book
Package traditional .NET Frameworks apps and new .NET Core apps as Docker images, and run them in containers for increased efficiency, portability, and security
Design and implement distributed applications that run across connected containers, using enterprise-grade open source software from public Docker images
Build a full Continuous Deployment pipeline for a .NET Framework application, and deploy it to a highly-available Docker swarm running in the cloud

Who This Book Is For
If you want to modernize an old monolithic application without rewriting it, smooth the deployment to production, or move to DevOps or the cloud, then Docker is the enabler for you. This book gives you a solid grounding in Docker so you can confidently approach all of these scenarios.

What You Will Learn
Comprehend key Docker concepts: images, containers, registries, and swarms
Run Docker on Windows 10, Windows Server 2016, and in the cloud
Deploy and monitor distributed solutions across multiple Docker containers
Run containers with high availability and fail-over with Docker Swarm
Master security in-depth with the Docker platform, making your apps more secure
Build a Continuous Deployment pipeline by running Jenkins in Docker
Debug applications running in Docker containers using Visual Studio
Plan the adoption of Docker in your own organization

In Detail
Docker is a platform for running server applications in lightweight units called containers. You can run Docker on Windows Server 2016 and Windows 10, and run your existing apps in containers to get significant improvements in efficiency, security, and portability.

This book teaches you all you need to know about Docker on Windows, from 101 to deploying highly-available workloads in production. This book takes you on a Docker journey, starting with the key concepts and simple examples of how to run .NET Framework and .NET Core apps in Windows Docker containers. Then it moves on to more complex examples using Docker to modernize the architecture and development of traditional ASP.NET and SQL Server apps.

The examples show you how to break up monoliths into distributed apps and deploy them to a clustered environment in the cloud, using the exact same artifacts you use to run them locally. To help you move confidently to production, it then explains Docker security, and the management and support options.

The book finishes with guidance on getting started with Docker in your own projects, together with some real-world case studies for Docker implementations, from small-scale on-premises apps to very large-scale apps running on Azure.

Style and approach
Using a step-by-step approach, this book shows you how to use Docker on Windows. It includes practical examples and real-world technical and business scenarios that will help you effectively implement Docker in your environment.There are over 50 examples of Dockerized applications, using C# .NET projects as the source and packaging them into Docker images.