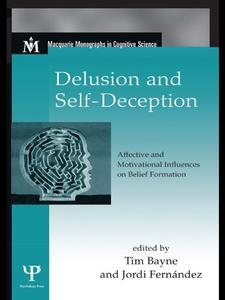 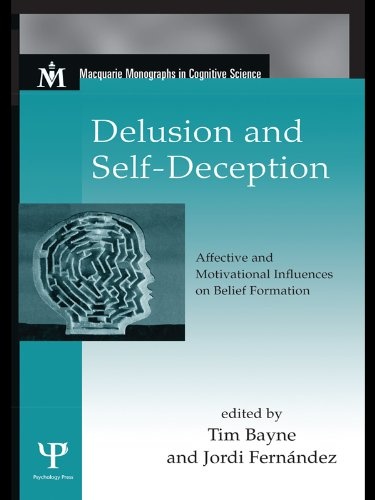 Delusion and Self-Deception: Affective and Motivational Influences on Belief Formation (Macquarie Monographs in Cognitive Science) by Tim Bayne, Jordi Fernández
English | 2008 | ISBN: 1841694703 | 310 pages | PDF | 2 MB
This collection of essays focuses on the interface between delusions and self-deception. As pathologies of belief, delusions and self-deception raise many of the same challenges for those seeking to understand them. Are delusions and self-deception entirely distinct phenomena, or might some forms of self-deception also qualify as delusional? To what extent might models of self-deception and delusion share common factors? In what ways do affect and motivation enter into normal belief-formation, and how might they be implicated in self-deception and delusion? The essays in this volume tackle these questions from both empirical and conceptual perspectives. Some contributors focus on the general question of how to locate self-deception and delusion within our taxonomy of psychological states. Some contributors ask whether particular delusions - such as the Capgras delusion or anosognosia for hemiplegia - might be explained by appeal to motivational and affective factors. And some contributors provide general models of motivated reasoning, against which theories of pathological belief-formation might be measured.

The volume will be of interest to cognitive scientists, clinicians, and philosophers interested in the nature of belief and the disturbances to which it is subject.