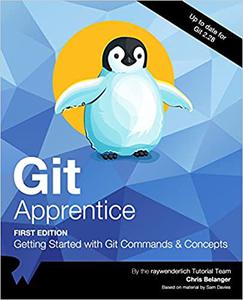 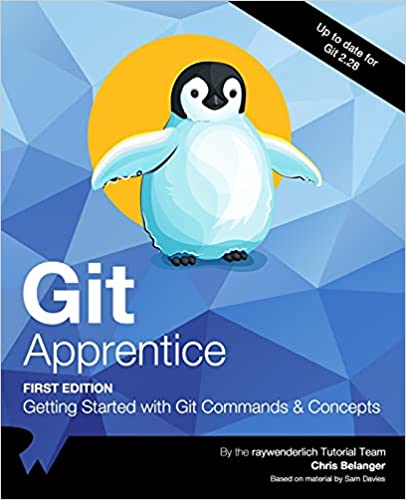 Chances are, if you’re involved with software development, you’ve heard of and have used Git at some point in your life. Version control systems are critical for any successful collaborative software project. Git is simple to start using while still accommodating the most complex tasks with version control. However, even seasoned Git users hit roadblocks on how to handle everyday situations.

Git Apprentice is here to help! This book is the easiest and fastest way to get hands-on experience using Git to handle version control in your projects.

This book is for anyone who wants to leverage version control’s power with Git in their software development process. It starts with a gentle introduction, then moves on to more complex topics including branching, merging and stashing changes.

Crash course in Git: Covers the Git basics that every software artisan should know. Understand how to set up Git, committing, ignoring files and more.
Branching: The real power in Git comes from its branching and merging model, which allows you to work on multiple things simultaneously.
Syncing with a Remote: You’ve created code, now you’ll learn how to share it with others.
Merging: The whole point of Git is collaboration. Merging, or taking in, changes from others is a fundamental concept to put into practice.
One thing you can count on: After reading this book, you’ll be well-prepared to use Git in your software development project!