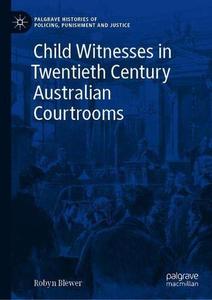 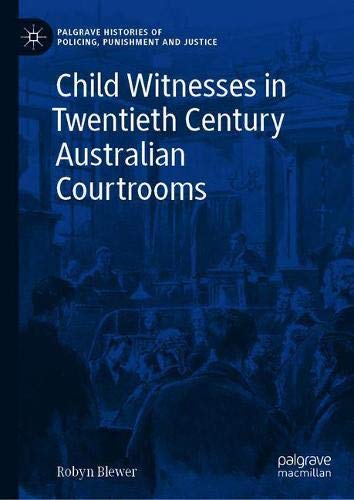 This book considers the law, policy and procedure for child witnesses in Australian criminal courts across the twentieth century. It uses the stories and experiences of over 200 children, in many cases using their own words from press reports, to highlight how the relevant law was – or was not - applied throughout this period. The law was sympathetic to the plight of child witnesses and exhibited a significant degree of pragmatism to receive the evidence of children but was equally fearful of innocent men being wrongly convicted.
The book highlights the impact ‘safeguards’ like corroboration and closed court rules had on the outcome of many cases and the extent to which fear – of children, of lies (or the truth) and of reform – influenced the criminal justice process. Over a century of children giving evidence in court it is `clear that the more things changed, the more they stayed the same’.