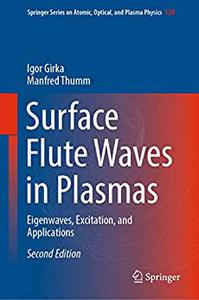 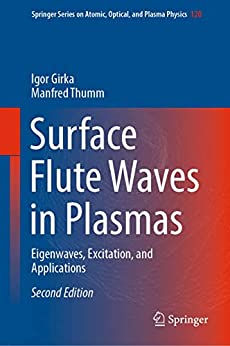 Surface Flute Waves in Plasmas: Eigenwaves, Excitation, and Applications
English | 2022 | ISBN: 3030982092 | 442 Pages | PDF | 11 MB
This book presents a comprehensive theoretical study of the electromagnetic eigenwaves propagating perpendicular to the axis of symmetry in various cylindrical waveguide-structures filled with magneto-active plasma. It is the second, updated and significantly expanded edition of our book “Surface Flute Waves in Plasmas. Theory and Applications”, published in 2014 in the “Springer Series on Atomic, Optical, and Plasma Physics”. First, the text is complemented by a study of the wave energy rotation around the axis of the waveguides. Second, excitation of these waves by an electron beam gyrating around the axis is investigated in detail. “Surface waves” means that these waves only propagate along plasma surfaces and not in uniform infinite plasmas. Their wave amplitudes decrease with going away from the plasma boundary into the plasma depth. “Flute” means that the axial wavenumbers kz of the waves in plasma cylinders are assumed to be zero, and the waves only propagate in azimuthal direction. In this case, the surfaces of constant density resemble fluted Greek columns. However, the presence of a small but finite kz can be taken into account by the method of successive approximations, using the theory of surface flute waves as zeroth approach. A variety of present applications of surface waves and possible future applications are also included.