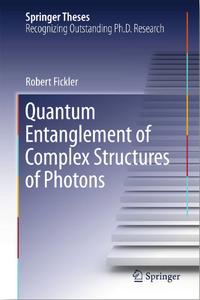 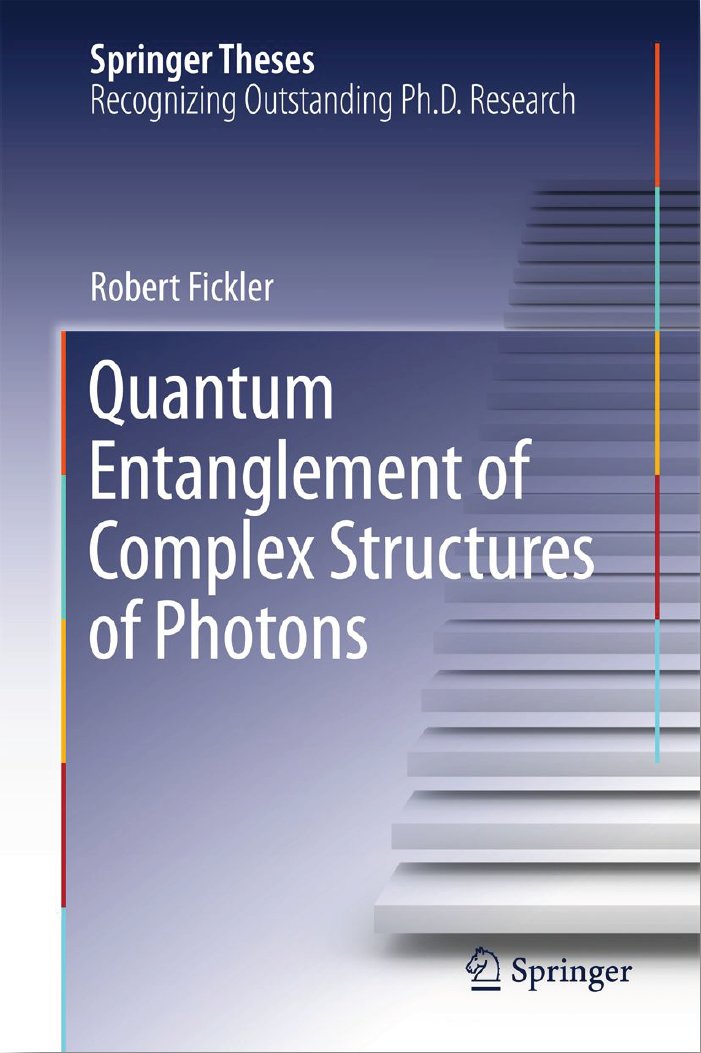 Robert Fickler, "Quantum Entanglement of Complex Structures of Photons"
English | 2015 | ISBN-10: 3319222309 | 104 pages | EPUB | 3 MB
Nominated as an outstanding Ph.D. thesis by University of Vienna, Austria
Simple introduction to the concept of spatial modes of light and their applications in quantum information science
Intuitive demonstration of quantum entanglement due to direct coincidence imaging

From the Back Cover
This thesis casts new light on quantum entanglement of photons with complex spatial patterns due to direct coincidence imaging. It demonstrates novel methods to generate, investigate, and verify entanglement of complex spatial structures. Quantum theory is one of the most successful and astonishing physical theories. It made possible various technical devices like lasers or mobile phones and, at the same time, it completely changed our understanding of the world. Interestingly, such counterintuitive features like entanglement are an important building block for future quantum technologies. In photonic experiments, the transverse spatial degree of freedom offers great potential to explore fascinating phenomena of single photons and quantum entanglement. It was possible to verify the entanglement of two photons with very high quanta of orbital angular momentum, a property of photons connected to their spatial structure and theoretically unbounded. In addition, modern imaging technology was used to visualize the effect of entanglement even in real-time and to show a surprising property: photons with complex spatial patterns can be both entangled and not entangled in polarization depending on their transverse spatial position.