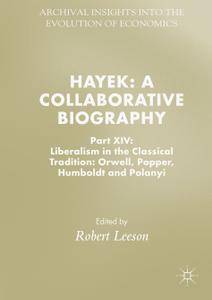 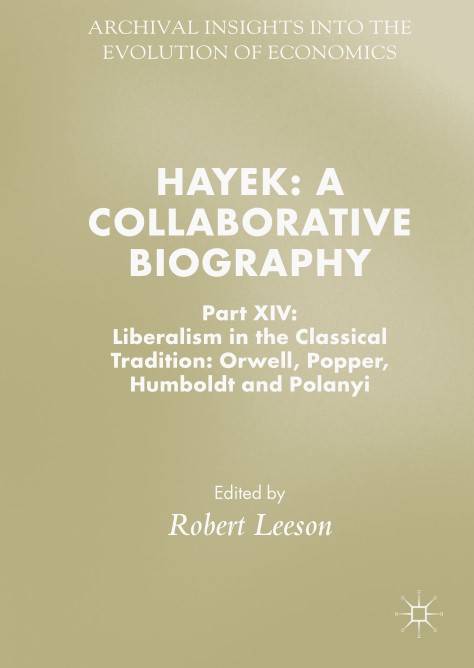 This latest volume in the Collaborative Biography of Hayek examines the interconnectedness between Hayek’s (1944) The Road to Serfdom and George Orwell’s Animal Farm (1945) and Nineteen Eighty-Four (1949); his relationship with Karl Popper and Karl Polanyi; and the work of Wilhelm von Humboldt. Mises had a ‘deep emotional attachment’ to the ‘free’ market and Hayek believed that ‘science’ was driven by shallow emotions.
Hayek believed in ‘democracy as a system of peaceful change of government; but that’s all its whole advantage is, no other.’ He felt democracy simply made it possible to get rid of the government ‘we’ dislike. Hayek bemoaned the decay of superstition — the ‘supporting moral beliefs’ – that are required to maintain ‘our’ civilization. Yet his Road to Serfdom neglected ‘another road to serfdom’ – the possibility that there were multiple threats to individual freedom – not just State power. In contrast, many other scholars and public intellectual warned of the dangers of the concentration of power in institutions other than the State. Today those fears have materialized in the guise of wealthy mega-corporations and billionaires whose influence on government, on elections, on popular culture and on the dominant ideology, have been able to change the rules of the market in their favour – so that ‘we’ have now become trapped in a new kind of serfdom. With contributions from a range of highly regarded scholars, this volume continues the Biography’s rich exploration of Hayek’s work and beliefs.
Without You And Your Support We Can’t Continue
Thanks For Buying Premium From My Links For Support