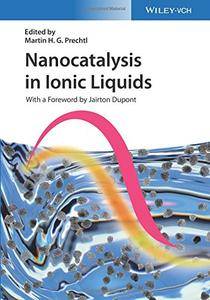 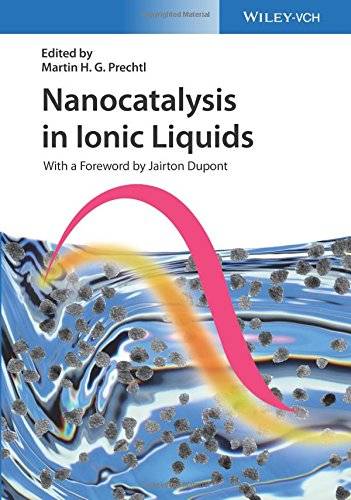 Edited and written by renowned experts in the field, this is the first book to reflect the state of the art of nanocatalysis in ionic liquids.
Divided into two core areas, the first part of the book describes the different classes of metal nanoparticles as well as their synthesis in ionic liquids, while the second focuses on such emerging issues as the application of such systems to energy and biomass conversion

About the Author
Martin Prechtl received the valuable Scientist NRW-Returnee Award 2009 and accepted an offer of the University of Cologne in Germany in 2010, where he also became Privatdozent and Heisenberg-Fellow in 2015. His research interest covers hydrogen storage and selective hydrogenation and dehydrogenation reactions with molecular and nanoscale catalysts in multiphase systems based on water or ionic liquids. Before moving to Cologne, he studied at the University of Wuppertal (Germany) and the Universidade de S?o Paulo (Brazil). In S?o Paulo he did research studies together with Jo?o Valdir Comasseto (catalysis) and Omar El Seoud (cellulose chemistry), and in Wuppertal he worked on his diploma thesis about ligand design and catalysis under Hans-Josef Altenbach. Martin Prechtl performed his PhD studies in the field of organometallic chemistry and catalysis at the Max-Planck-Institut f?r Kohlenforschung in M?lheim/Ruhr in Germany under guidance of Walter Leitner and David Milstein on metal hydride complexes and received the doctoral degree from RWTH Aachen in 2007. Afterwards he worked as Feodor-Lynen-Fellow of the Alexander-von-Humboldt Foundation at the Universidade Federal do Rio Grande do Sul in Porto Alegre (Brazil) with Jairton Dupont and at the Humboldt University Berlin (Germany) with Thomas Braun and Erhard Kemnitz in the fields of nanoparticle synthesis and catalysis.