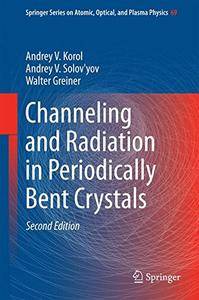 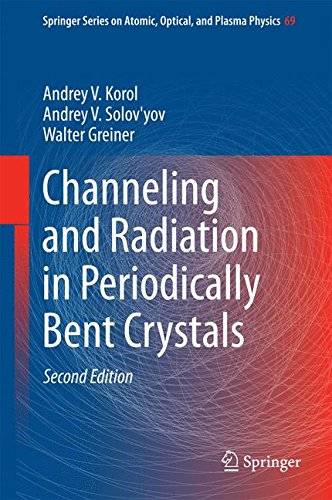 Channeling and Radiation in Periodically Bent Crystals (Springer Series on Atomic, Optical, and Plasma Physics) by Andrey V. Korol
English | 27 May 2014 | ISBN: 3642549322 | 298 Pages | PDF | 11 MB
The development of coherent radiation sources for sub-angstrom wavelengths - i.e. in the hard X-ray and gamma-ray range - is a challenging goal of modern physics. The availability of such sources will have many applications in basic science, technology and medicine and in particular, they may have a revolutionary impact on nuclear and solid state physics, as well as on the life sciences. The present state-of-the-art lasers are capable of emitting electromagnetic radiation from the infrared to the ultraviolet, while free electron lasers (X-FELs) are now entering the soft X-ray region. Moving further, i.e. into the hard X and/or gamma ray band, however, is not possible without new approaches and technologies.

In this book we introduce and discuss one such novel approach -the radiation formed in a Crystalline Undulator - whereby electromagnetic radiation is generated by a bunch of ultra-relativistic particles channeling through a periodically bent crystalline structure. Under certain conditions, such a device can emit intensive spontaneous monochromatic radiation and even reach the coherence of laser light sources.

Readers will be presented with the underlying fundamental physics and be familiarized with the theoretical, experimental and technological advances made during the last one and a half decades in exploring the various features of investigations into crystalline undulators. This research draws upon knowledge from many research fields - such as materials science, beam physics, the physics of radiation, solid state physics and acoustics, to name but a few. Accordingly, much care has been taken by the authors to make the book as self-contained as possible in this respect, so as to also provide a useful introduction to this emerging field to a broad readership of researchers and scientist with various backgrounds.