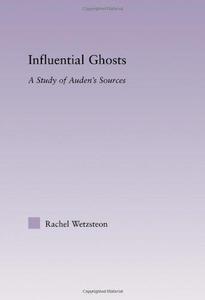 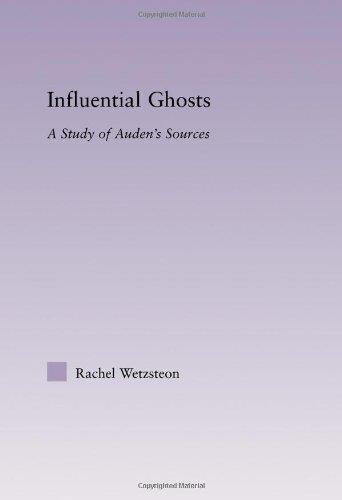 Influential Ghosts: A Study of Auden's Sources explores some of the most important literary and philosophical influences on W.H. Auden's poetry. The study attempts to show that Auden's poetry derives much of its interest from the vast range of authors on whom he drew for inspiration. But it also suggest that his relationship to these writers was marked by a fascinating ambivalence.In chapters on Auden's relationship to Hardy and Kierkegaard, the study shows how, after lovingly apprenticing himself to their work and often borrowing stylistic or thematic features from it - Hardy's sweeping "hawk's vision," Kierkegaard's urgent "leap of faith" - he began to criticize the very things he had previously striven to emulate. In a chapter on Auden's elegies, the author argues that, alone among examples of this poetic genre, they both reverently mourn and harshly scrutinize their subjects (Yeats, Freud, Henry James and others). In a chapter on "structural allusion" in Auden's early poetry, the study posits that Auden singlehandedly invented a new kind of allusion in which he alludes to the form and subject matter of entire poems. But while doing so, he also finds fault with the attitudes (passivity, despair) depicted in them. In these structurally allusive poems - as with his relationship to Hardy, Kierkegaard and his elegies' subjects - Auden's sometimes accepting, sometimes skeptical attitude toward his poetic models is on powerful display, and finds a perfect counterpart in the tension between imitative form and critical content.