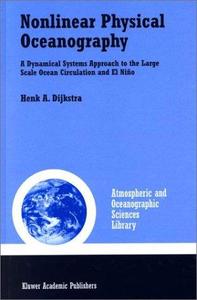 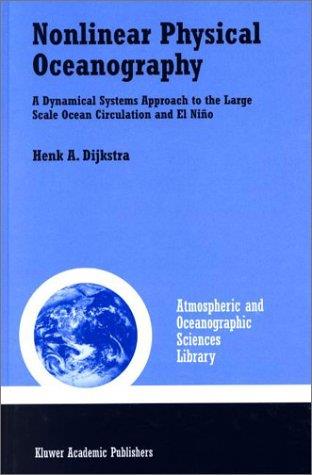 In this book, the methodology of dynamical systems theory is applied to investigate the physics of the global ocean circulation. Topics include the dynamics of the Gulf Stream in the Atlantic Ocean, the stability of the thermohaline circulation and the El Niño/Southern Oscillation phenomenon in the Tropical Pacific. On the other hand, the book also deals with the numerical methods for applying bifurcation analysis on large dimensional dynamical systems, with thousands or more degrees of freedom, which arise through discretization of ocean models. The novel approach in understanding the phenomena of climate variability is through a systematic analysis within a hierarchy of models using these techniques. In this way, a nice overview is obtained of the relations between the results of the different models within the hierarchy. Mechanistic description of the physics of the results is provided and, where possible, links with results of state-of-the-art models and observations are sought. The reader is expected to have a background in basic incompressible fluid dynamics and applied mathematics, although the level of the text is mixed and sometimes quite introductory. Each chapter is rather self-contained and many details of derivations are provided. The book is aimed at graduate students and researchers in meteorology, oceanography, and related fields who are interested in tackling fundamental problems in dynamical oceanography and climate dynamics.