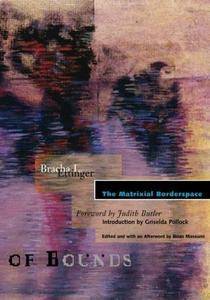 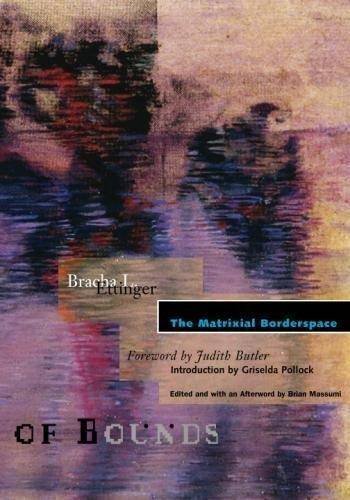 Artist, psychoanalyst, and feminist theorist Bracha Ettinger presents an original theoretical exploration of shared affect and emergent expression, across the thresholds of identity and memory. Ettinger works through Lacan’s late works, the anti-Oedipal perspectives of Deleuze and Guattari, as well as object-relations theory to critique the phallocentrism of mainstream Lacanian theory and to rethink the masculine-feminine opposition. She replaces the phallic structure with a dimension of emergence, where objects, images, and meanings are glimpsed in their incipiency, before they are differentiated. This is the matrixial realm, a shareable, psychic dimension that underlies the individual unconscious and experience. Concerned with collective trauma and memory, Ettinger’s own experience as an Israeli living with the memory of the Holocaust is a deep source of inspiration for her paintings, several of which are reproduced in the book. The paintings, like the essays, replay the relation between the visible and invisible, the sayable and ineffable; the gaze, the subject, and the other. Bracha Ettinger is a painter and a senior clinical psychologist. She is professor of psychoanalysis and aesthetics at the University of Leeds, England, and Bezalel Academy, Jerusalem. Judith Butler is professor of rhetoric and comparative literature at the University of California, Berkeley. Griselda Pollock is professor of fine arts at the University of Leeds. Brian Massumi is professor of communication at the University of Montreal.