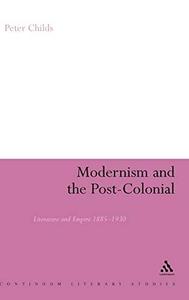 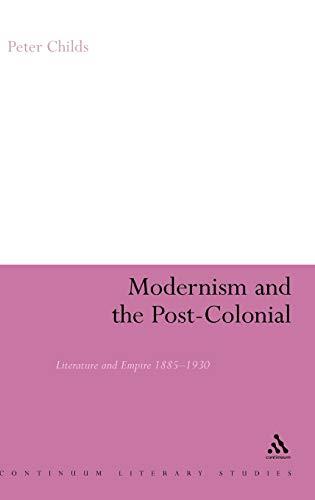 This book considers the shifts in aesthetic representation over the period 1885-1930 that coincide both with the rise of literary Modernism and imperialism's high point. If it is no coincidence that the rise of the novel accompanied the expansion of empire in the eighteenth-century, then the historical conditions of fiction as the empire waned are equally pertinent. Peter Childs argues that modernist literary writing should be read in terms of its response and relationship to events overseas and that it should be seen as moving towards an emergent post-colonialism instead of struggling with a residual colonial past. Beginning by offering an analysis of the generational and gender conflict that spans art and empire in the period, Childs moves on to examine modernism's expression of a crisis of belief in relation to subjectivity, space, and time. Finally, he investigates the war as a turning point in both colonial relations and aesthetic experimentation. Each of the core chapters focuses on one key writer and discuss a range of others, including: Conrad, Lawrence, Kipling, Eliot, Woolf, Joyce, Conan Doyle and Haggard