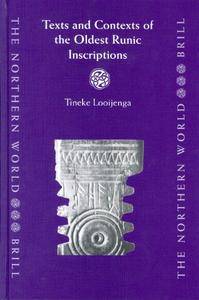 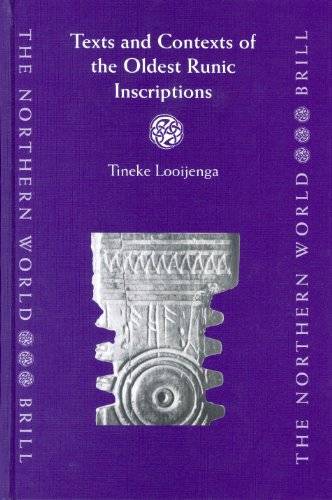 Texts & Contexts of the Oldest Runic Inscriptions (Northern World) by Looijenga
English | 2003 | ISBN: 9004123962 | 336 Pages | PDF | 7.64 MB
This volume gathers all older fu ark inscriptions found in Denmark, Germany, England, France, the Netherlands, Belgium, Switzerland, Hungary, Bosnia, Rumania, Norway and Sweden. It contains essays on early runic writing, the historical and archaeological contexts of runic objects, and a new theory on the origin of runic writing. The book contains also a catalogue of the runic inscriptions found in the regions mentioned above. The catalogue gives datings, readings and interpretations, plus limited graphic, orthographic and linguistic analyses of the inscriptions from the above mentioned corpora, complete with concise bibliographical references. The overall aim has been to provide the reader with a practical survey of the oldest inscripti-ons from the aforementioned areas, together with relevant archaeological and cultural-historical data. The book is particularly useful for runologists, students and others interested in runes, such as archaeologists, historians, linguists and amateurs. It is actually a handbook covering all older runic inscriptions and their context."
MORE BOOKS | MY RSS