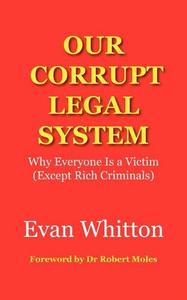 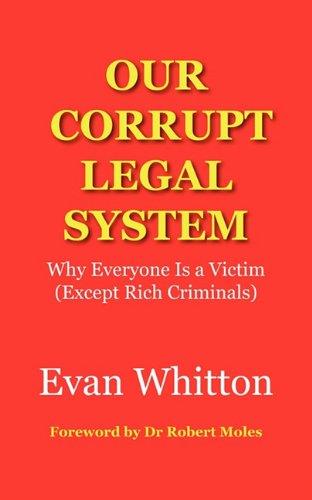 The lawyer-run adversary system used in Britain and its former colonies, including the US, India, Canada, New Zealand, and Australia does not try to find the truth. It is the only system which conceals evidence. 'Our Corrupt Legal System' explains why trial lawyers, famously economical with the truth, control evidence; civil hearings take weeks, months or years; in serious criminal cases, 24 anti-truth devices allow more than 50% of guilty accused to escape justice. By contrast, in the investigative system used in Europe and other countries, including Japan, trained judges control evidence and seek the truth; civil hearings take a few hours; 95% of guilty accused are convicted. It is the most widespread, accurate and cost-effective system. Russell Fox, an Australian judge who researched the law for 11 years, concluded: 'The public estimation must be correct, that justice marches with the truth.' The vast majority of voters will support change to a truthseeking system: trial lawyers are fewer than 0.2% of the population; the public are 99.8%. 'A masterpiece.' - Phillip Knightley, twice British Journalist of the Year.