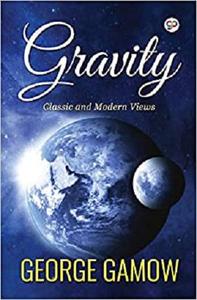 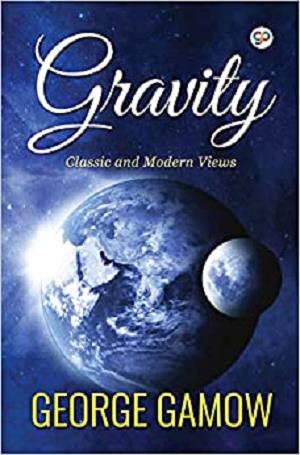 Gravity by George Gamow
English | ISBN: 9388118707 | 156 pages | EPUB | 2018 | 9.01 Mb
Gravity is one of the four fundamental interactions that exist in nature. Understanding gravity is not only essential for understanding the motion of objects on Earth, but also the motion of all celestial objects, and even the expansion of the Universe itself. In this book George Gamow takes an enlightening look at three scientists whose work unlocked many of the mysteries behind the laws of physics: Galileo, the first to examine closely the process of free and restricted fall; Newton, originator of a universal force; and Einstein, who proposed that gravity is no more than the curvature of the four-dimensional space-time continuum. The author has illustrated the book himself with some technical fanciful drawings. ABOUT THE AUTHOR: George Gamow (1904-1968), was a Russian-born American nuclear physicist and cosmologist who was one of the foremost advocates of the big-bang theory, according to which the universe was formed in a colossal explosion that took place billions of years ago. Gamow attended Leningrad (now St. Petersburg) University, where he studied briefly with A.A. Friedmann, a mathematician and cosmologist who suggested that the universe should be expanding. At that time Gamow did not pursue Friedmann's suggestion, preferring instead to delve into quantum theory. After graduating in 1928, he traveled to Göttingen, where he developed his quantum theory of radioactivity, the first successful explanation of the behaviour of radioactive elements. In 1934, after emigrating from the Soviet Union, Gamow was appointed professor of physics at George Washington University in Washington, D.C. There he collaborated with Edward Teller in developing a theory of beta decay (1936), a nuclear decay process in which an electron is emitted. In 1954 Gamow's scientific interests grew to encompass biochemistry. He proposed the concept of a genetic code and maintained that the code was determined by the order of recurring triplets of nucleotides, the basic components of DNA. His proposal was vindicated during the rapid development of genetic theory that followed. Gamow held the position of professor of physics at the University of Colorado, Boulder, from 1956 until his death. He is perhaps best known for his popular writings, designed to introduce to the non-specialist such difficult subjects as relativity and cosmology. His first such work, Mr. Tompkins in Wonderland (1939), gave rise to the multivolume Mr. Tompkins series (1939-67). Among his other writings are One, Two, Three…Infinity (1947), The Creation of the Universe (1952), A Planet Called Earth (1963), and A Star Called the Sun (1964).