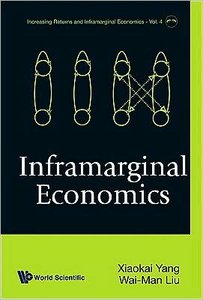 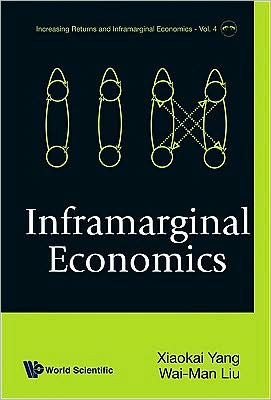 This research monograph provides systematic and comprehensive materials for applying inframarginal analysis to study a wide range of economic phenomena. The analysis is based on a new overarching framework to resurrect the classical notion of division of labor and specialization, which is an essential source of increasing a nation s wealth. The framework absorbs many classical and neo-classical insights in a general equilibrium analysis and explains many micro- and macro-phenomena. Many areas of the discipline that have been customarily treated as separate branches can now be analyzed systematically within this integrated framework. These include, for example, micro-economics; macro-economics; development economics; international economics; urban economics; growth theory; industrial organization; applications of game theory in economics; economics of property rights; economics of transaction costs; economics of institutions and contract; economics of organization; economics of states; managerial economics; theory of hierarchy; new theory of the firm; theory of money; theory of insurance; theory of network and reliability.