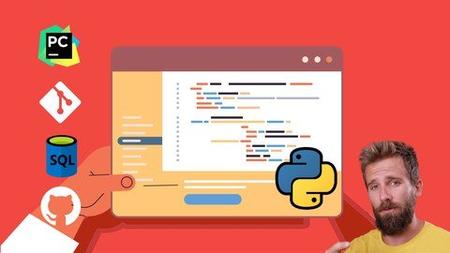 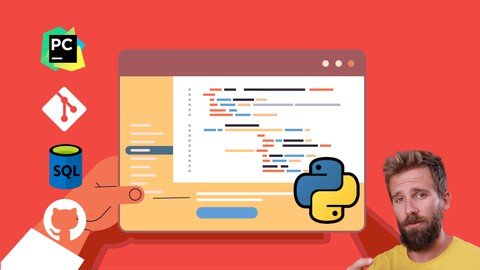 Master Python from the inside out and learn how to build any Python program with ease using Python classes and OOP!

Description
Advanced Python by Example is the course you need to take if you have already learned Python basics that are variables, numbers, strings, lists, functions, conditionals, and loops. In this course, you will not only learn advanced Python skills but will also learn how to put all the Python pieces together to build complete Python applications.

What does the course cover specifically?

The course makes heavy use of real-world examples. For instance, you will learn object-oriented programming not by using trivial examples of creating Animal, Dog, or Car classes, but creating real-world classes such as a Pdf class that is responsible to generate PDF documents, a CinemaTicket class that encloses all the information about a customer ticket, and many other real-world examples.

Apart from learning Python, you will also learn crucial programming skills such as using Git and GitHub, debuggers, software design principles, writing highly organized code, code planning, code refactoring, and other skills that will make you a professional programmer.

Who should take this course?

Whether you are learning Python to automate tasks, data science, or web development, this course will teach you core Python thoroughly so you can easily apply your Python skills to any Python branch or industry field.

If your goal is to make simple throwaway one-time Python scripts, taking only the first half of the course would be more than enough. However, if you want to become a full-time programmer, you will need to take the entire course to learn the very advanced concepts, which are covered throughout the second half.

What makes this Python course special?

Most courses cover Python from a superficial, syntax level. In this course, you will learn Python from a much deeper logical perspective. Don't imitate! Understand!

Moreover, in this course, you will go through the entire program development process, from planning a Python program to writing it, testing it, and deploying it. The programs you will build in this course are not just one-time scripts but real applications that can be reused and scaled. We achieve that by building programs in the object-oriented programming (OOP) paradigm.

What is the object-oriented programming paradigm that this course covers?

There are three approaches or paradigms to program with Python. They are the procedural, functional, and object-oriented programming (OOP) paradigms.

The OOP paradigm is the only one that will give you the skills to write clean and highly organized code, allowing you to plan and create sophisticated Python programs easily. Once you learn Python the OOP way, creating programs will be very easy, and this course will show how.

Even though you can write any Python program in any of the three paradigms, writing programs that are more than simple scripts in the functional or procedural paradigms will bite you back once the program starts to get larger. Therefore, the OOP paradigm is the paradigm that professional programmers use to make real-world applications. Moreover, when you learn OOP, you will naturally know the other two paradigms since OOP engulfs them.

In the course, you will learn a secret to plan and write any Python program easily, and that is only possible when you use OOP. All popular Python libraries and frameworks are written in the OOP paradigm, and to understand how they work, you need to understand OOP. So, if you want to go beyond making simple Python scripts, you need to learn Python the OOP way, and this course will teach you that.

Here is what students who have taken the course are saying through their reviews:

This course teaches Python with a real-world perspective that is not just Syntax and Rules but with depth that opens your eyes to how to put Python to work in your daily life while improving your programming knowledge in general. - Patrick Mills, January 2021

"This is a whole new way for me to see python yes I did your first 10 real program course but this one goes on a different direction" - Louis Swanepoel, February 2021

"This is the only unique approach to object-oriented programming I've been able to find. I've tried to learn the most basic of fundamentals of how OOP "WORKS" but until now have not been able to find any. This interactive and unique approach shows how OOP truly works! I can't say enough and I highly recommend this course!" - Jason Ashley, January 2021