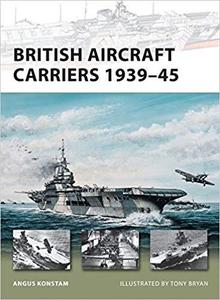 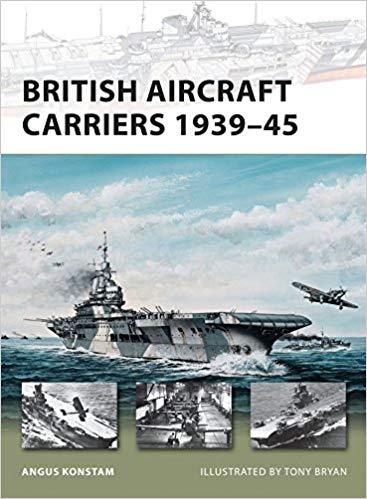 British Aircraft Carriers 1939-45 (New Vanguard) by Angus Konstam
English | July 20, 2010 | ISBN: 1849080798 | 48 pages | PDF | 5.27 Mb
In August 1917, at the height of the First World War, a small biplane landed on the makeshift flight deck of HMS Furious - the first ever carrier landing in aviation history. This small act ushered in a new era. Two decades later, when Britain stood on the brink of another World War, the Royal Navy had a small fleet of aircraft carriers, with several more nearing completion. When war came the newly-formed Fleet Air Arm would demonstrate that what it lacked in modern equipment, it made up for in skill and daring.
The first of these carriers were converted from existing ships. Then in 1938 HMS Ark Royal was launched - Britain's first purpose built carrier. Its design set the standard for what was to come. The "Ark" was followed by the highly successful Illustrious Class, and then by others whose design was modified in the light of wartime experience. British fleet carriers had steel flight decks, and although smaller and able to carry less aircraft that the carriers seen in the Pacific, they were better suited to conditions in European waters. It also meant they were more resilient, and could shrug off damage that would cripple their American counterparts.
Over the next six years these British aircraft carriers would launch attacks against a major Italian naval base, attack the Italian battle fleet on the high seas, and cripple the Bismarck, so that the battleships of the Home Fleet could overtake her. They would also see service in every theatre of war, including the Pacific. Inevitably, their success came at a price. Courageous, Eagle and Ark Royal were torpedoed by U-Boats, Glorious was sunk by the guns of a German battlecruiser, and Hermes was lost to Japanese bombs. Most of the rest of the carrier fleet were damaged to some extent during their service lives, but they survived and kept on fighting.
This New Vanguard title tells the story of these remarkable warships, and reveals the secrets of their design, how they operated, and above all, what they achieved.