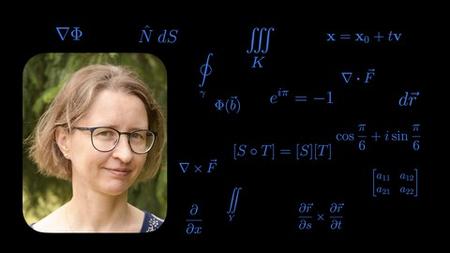 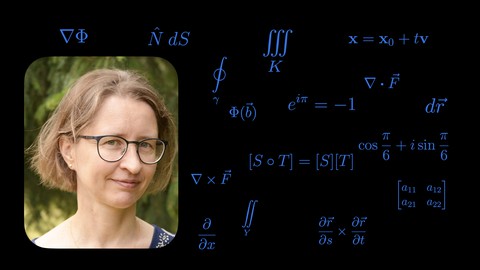 Towards and through the vector fields, part 1 of 2.

What you'll learn
How to solve problems in multivariable calculus (illustrated with more than 200 solved problems) and why these methods work.
Parameterize some curves (straight lines, circles, ellipses, graphs of functions of one variable, intersections of two surfaces).
Describe position, velocity, speed and acceleration; compute arc length of parametric curves; arc length parametrization.
Limits, continuity and differentiability for functions of several variables. Theory, geometric intuitions, and lots of problem solving.
Several variants of the Chain Rule, involving different kinds os functions. You will also learn how to apply these variants of the Chain Rule for problem solving.
Several variants of the Implicit Function Theorem, with various geometrical interpretations; problem solving.
Optimization of functions of several variables, both on open domains and on compact domains (Lagrange multipliers on the boundary, etc.).
Requirements
Calculus 1 and 2
Some linear algebra
Description
Calculus 3 / Multivariable Calculus. Part 1 of 2.

Towards and through the vector fields.

C0 Introduction to the course; preliminaries (Chapter 10: very briefly; most of the chapter belongs to prerequisites)

Some examples of parametrisation

You will learn: Parametrise some curves (straight lines, circles, ellipses, graphs of functions of one variable); if r(t) = (x(t), y(t), z(t)) is a function describing a particle’s position in R^3 with respect to time t, describe position, velocity, speed and acceleration; compute arc length of parametric curves, arc length parametrisation.

Real-valued functions in multiple variables, domain, range, graph surface, level curves, level surfaces
You will learn: describe the domain and range of a function, Illustrate a function f(x,y) with a surface graph or with level curves.

Limit, continuity
You will learn: calculate limit values, determine if a function has limit value or is continuous at one point, use common sum-, product-, … rules for limits.

You will learn: classify critical points: local max and min, saddle points; find max and min values for a given function and region; use Lagrange multipliers with one or more conditions.

Also make sure that you check with your professor what parts of the course you will need for your midterms. Such things vary from country to country, from university to university, and they can even vary from year to year at the same university.

A detailed description of the content of the course, with all the 255 videos and their titles, and with the texts of all the 216 problems solved during this course, is presented in the resource file "Outline_Calculus3.pdf" under video 1 ("Introduction to the course"). This content is also presented in video 1.

Who this course is for:
University and college engineering