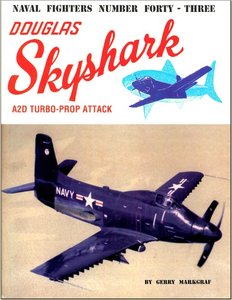 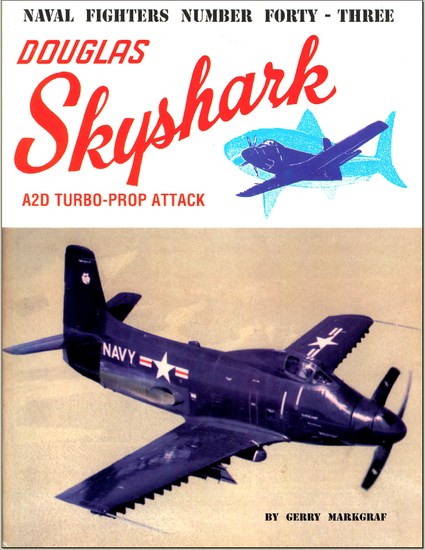 The text for this book was originally written by Gerry Markgraf for the Fall 1977 issue of the American Aviation Historical Society Journal Vol. 22 No. 3. The story is just as valid today as when it was written, and is used as the basis for this book. The story was originally called "Skyshark, Son of Spad", hence the "Son of Spad" title at the top of this page. During the late 1940s and early 1950s, the Navy would try just about anything to increase the performance and capability of its aircraft. They would test the Hi-Bred Allison XT-40 not only in the A2D, but in the XA2J-1 Super Savage (see Naval Fighters #22), the vertical takeoff XFY-1 (see Naval Fighters #27) and XFV-1 (see Naval Fighters #32) and the XP5Y-1/R3Y-1/2 Tradewind flying boats (see Naval Fighters # 34). Unfortunately none of these pro­grams were successful save the XP5Y-1/R3Y-1/2, which was eventu­ally terminated by engine/gear box problems. Even though all of the XT-40 programs eventualy ended in can­cellation, the lessons learned by Allison allowed them to build the reli­able powerplants still being used on Grumman E-2/C-2 and Lockheed P-3 and C-130 aircraft.
Uploading
Depositfiles
Megaupload