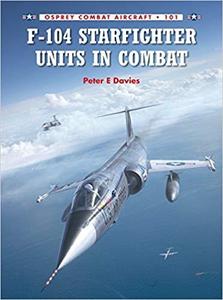 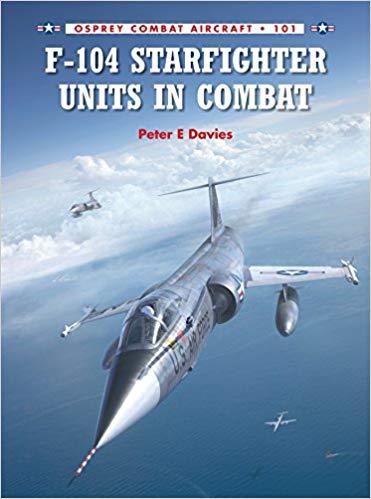 F-104 Starfighter Units in Combat (Combat Aircraft) by Peter E. Davies
ISBN: 1780963130 | 96 pages | PDF | November 18, 2014 | English | 3.63 Mb
The 'missile with a man in it' was known for its blistering speed and deadliness in air combat. The F-104C flew more than 14,000 combat hours in Vietnam as a bomber escort, a Wild Weasel escort and a close air support aircraft. Though many were sceptical of its ability to carry weapons, the Starfighter gave a fine account of itself in the close air support role. It was also well known that the enemy were especially reluctant to risk their valuable and scarce MiGs when the F-104 was escorting bombers over North Vietnam or flying combat air patrols nearby. The missions were not without risk, and 14 Starfighters were lost during the war over a two-year period. This was not insignificant considering that the USAF only had one wing of these valuable aircraft at the time, and wartime attrition and training accidents also took quite a bite from the inventory.
While the F-105 Thunderchief and F-4 Phantom got most of the glory and publicity during the war in Vietnam, the Lockheed F-104 Starfighter was not given much chance of surviving in a 'shooting war'. In the event, it did that and much more. Although built in small numbers for the USAF, the F-104C fought and survived for almost three years in Vietnam. Like its predecessor the F-100, the Starfighter was a mainstay of Tactical Air Command and Air Defence Command, with whom it served with distinction as an air superiority fighter and point defence interceptor. This small, tough and very fast fighter, dubbed 'The Missile with a Man in It', was called upon to do things it was not specifically designed for, and did them admirably. Among these were close air support and armed reconnaissance using bombs, rockets and other armaments hung from its tiny wings, as well as its 20 mm Vulcan cannon, firing 6000 rounds per minute. The jet participated in some of the most famous battles of the war, including the legendary Operation Bolo, in which seven North Vietnamese MiGs went down in flames with no US losses. Even as it was fighting in Vietnam, the Starfighter was being adopted by no fewer than six NATO air forces as well as Japan and Nationalist China. It was later procured by Jordan, Turkey and Pakistan. The latter nation took the Starfighter to war with India twice in the 1960s, and it also saw combat with Taiwan.
The story of the Starfighter in Vietnam is one of tragedy and of ultimate vindication. For decades the F-104's contribution to the air war in Vietnam was downplayed and its role as a ground attack machine minimised. Only in recent years has that assessment been re-evaluated, and the facts prove the Starfighter to have been able to do its job as well or better than some of the other tactical aircraft sent to the theatre for just that purpose.