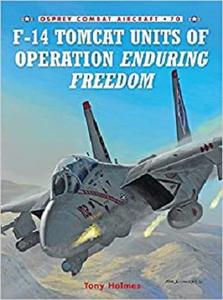 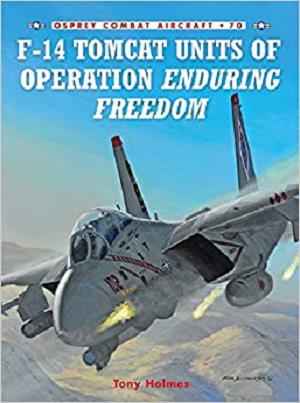 
English | February 19, 2008 | ISBN: 1846032059 | 96 pages | PDF | 15 Mb
The legendary F-14 Tomcat was the weapon of choice to strike hard and fast against the enemies of the United States in the wake of the September 11 attacks. Determined to hit the al-Qaeda bases within Afghanistan, US plans were hampered by the reluctance of neighboring countries to allow US military aircraft to operate from their land bases. This meant that carrier-based F-14s were forced to fly several hundred miles a day to reach their targets, flying thousands of missions involving precision bombing strikes on al-Qaeda and Taliban positions.

A fascinating exploration of modern air warfare, this book details the actions of the F-14 pilots and aircraft involved in Operation Enduring Freedom (2001-present) with eye-opening insights into the tactical approach and wider strategic aims exclusively provided by senior officers from a number of the air wings involved. Written by a leading Tomcat expert with exclusive access to mission reports, combat diaries, first-hand accounts and accompanied by photographs from the author's private collection and fantastic full-color artwork, this reveals the battle experiences of the most famous modern fast jet.