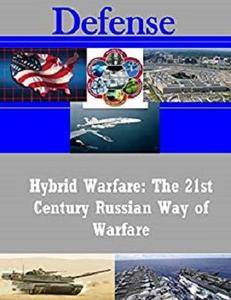 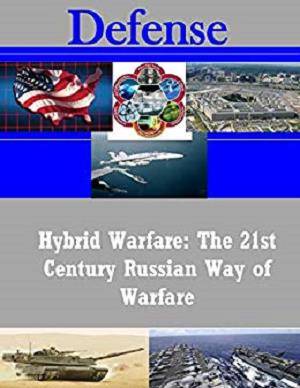 Hybrid Warfare: The 21st Century Russian Way of Warfare by School of Advanced Military Studies, United States Army Command and General Staff College, MAJ Amos C. Fox
English | October 3, 2017 | ISBN: N/A | ASIN: B07653HX51 | 76 pages | PDF | 1.09 MB
In 2014, Russia unleashed a new form of warfare, the likes of which had yet to be seen on the international stage. The form of warfare, called a variety of things to include, hybrid warfare or new generation warfare, is a whole-of-government approach to war that links the elements of national power and small-scale tactical action. Russian hybrid warfare, examined throughout this monograph, is a whole-of-government approach to warfare that seeks to operate covertly or through the use of partisan forces, but is more than capable and willing to operate overtly with conventional combat power to achieve its ends. To do so, Russian hybrid warfare synergizes conventional, unconventional, information, and cyber operations into an effective effects package that enables tactical formations to generate far greater battlefield effects than comparable formations in other armies. Russia uses the Russian Identity—ethnicity, language, religion, geography, and history—to build consensus and justify its provocations. The idea of hybrid warfare germinated in the Russo-Georgian War of 2008, but came into its own during the Russo-Ukrainian War, of which the annexation of Crimea and the seizure of the Donbas are the two most visible campaigns. Hybrid warfare, as demonstrated by Russia in Ukraine, is a powerful tool for an era of limited war, and is arguably the modern Russian way of warfare.