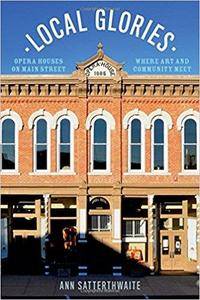 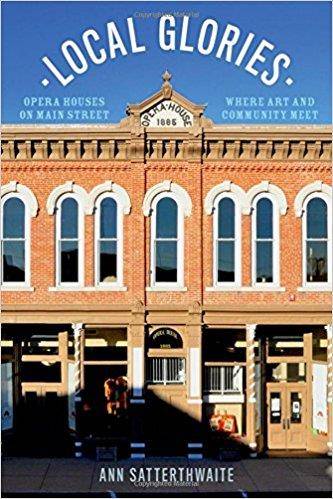 Local Glories: Opera Houses on Main Street, Where Art and Community Meet by Ann Satterthwaite
English | 2016 | ISBN: 0199392544 | 456 Pages | PDF | 65.3 MB
To most people, the term "opera house" conjures up images of mink-coated dowagers accompanied by tuxedo-clad men in the gilded interiors of opulent buildings like the Met in New York or La Scala in Milan. However, the opera house in the United States has a far more varied-and far more interesting-history than that stereotype implies. In Local Glories, Ann Satterthwaite explores the creative, social, and communal roles of the thousands of opera houses that flourished in small towns across the country.

By 1900, opera houses were everywhere: on second floors over hardware stores, in grand independent buildings, in the back rooms of New England town halls, and even in the bowels of a Mississippi department store. With travel made easier by the newly expanded rail lines, Sarah Bernhardt, Mark Twain, and John Philip Sousa entertained thousands of townspeople, as did countless actors, theater and opera companies, innumerable minor league magicians, circuses, and lecturers, and even 500 troupes that performed nothing but Uncle Tom's Cabin. Often the town's only large space for public assembly, the local opera house served as a place for local activities such as school graduations, recitations, sports, town meetings, elections, political rallies, and even social dances and roller skating parties. Considered local landmarks, often in distinctive architect-designed buildings, they aroused considerable pride and reinforced town identity. By considering states with distinctly different histories–principally Maine, Nebraska, Vermont, New York, and Colorado–Satterthwaite describes the diversity of opera houses, programs, audiences, buildings, promoters, and supporters–and their hopes, dreams, and ambitions.

In the twentieth century, radio and movies, and later television and changing tastes made these opera houses seem obsolete. Some were demolished, while others languished for decades until stalwart revivers discovered them again in the 1970s. The resuscitation of these opera houses today, an example of historic preservation and creative reuse, reflects the timeless quest for cultural inspiration and for local engagement to counter the anonymity of the larger world. These "local glories" are where art and community meet, forging connections and making communities today, just as they did in the nineteenth century.