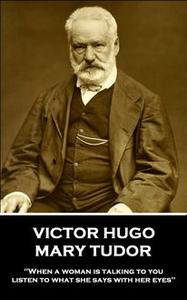 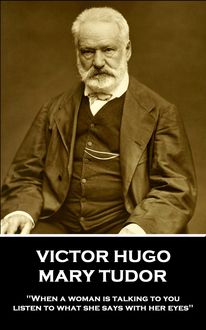 Victor Marie Hugo was born on 26th February 1802 and is revered as the greatest of all French writers. A poet, novelist, dramatist and painter he was a passionate supporter of Republicanism and made a notable contribution to the politics of his Country.His life was paralleled by the immense political and social movements of the 19th Century. When he was two Napoleon was proclaimed Emperor but before he was eighteen the Bourbon Monarchy was restored.It was only with his Mother’s death in 1821 that he felt confident enough to marry Adele Foucher, a relationship he had kept secret from his mother. Their first child was born inside a year but died in infancy. Leopoldine was born the following year, followed by three further siblings.Hugo published his first novel the year following year, Han d'Islande, (1823). Three years later his second, Bug-Jargal (1826).Between 1829 and 1840 he would publish five further volumes of poetry solidifying his reputation as one of the greatest elegiac and lyric poets of his time. His reputation was growing not only in France but across Europe.In 1841 he was elected to the Académie Française, cementing his position in the world of French arts and letters. Hugo also now began to turn his attention to an involvement in French politics.Elevated to the peerage by King Louis-Philippe in 1841 he spoke eloquently and at length against the death penalty and social injustice as well as passionately in favour of freedom of the press and self-government for Poland.When Napoleon III seized power in 1851, and established an anti-parliamentary constitution, Hugo openly declared him a traitor to France and began a long exile, based mainly in Guernsey.In exile, Hugo published his famous political pamphlets; Napoléon le Petit and Histoire d'un crime. Although the pamphlets were banned in France, they nonetheless made a strong impact there. His exile also seemed to have a creative impetus. He composed or published some of his greatest work including Les Misérables, and three widely honoured collections of poetry (Les Châtiments, 1853; Les Contemplations, 1856; and La Légende des siècles, 1859).In 1870 the Third Republic was established and Hugo finally returned home, where he was elected to the National Assembly and the Senate. That same year War erupted between France and Prussia and the French were badly beaten.With the end of the War Hugo began his campaign for a great valuation and protection for the rights of artists and copyright. He was a founding member of the Association Littéraire et Artistique Internationale, which led to the Berne Convention for the Protection of Literary and Artistic Works.Victor Hugo's death on 22nd May 1885, at the age of 83, generated intense nation-wide mourning. Revered not only as a towering figure in literature, he was a statesman who had helped to shape the Third Republic and democracy in France.Index of ContentsDRAMATIS PERSONÆTIME: LONDON, 1553MARY TUDORFIRST DAY―A MAN OF THE PEOPLESCENE:—Border of the Thames.SCENE ISCENE IISCENE IIISCENE IVSCENE VSCENE VISCENE VIISCENE VIIISCENE IXSECOND DAY―THE QUEENSCENE:—A Room in the royal apartment.SCENE ISCENE IISCENE IIISCENE IVSCENE VSCENE VISCENE VIISCENE VIIISCENE IXTHIRD DAY―PART I―WHICH OF THE TWO?SCENE:—Hall in the Interior of the Tower of London.SCENE ISCENE IISCENE IIISCENE IVSCENE VSCENE VISCENE VIIISCENE IXSCENE XTHIRD DAY―PART IISCENE:—A Hall or Room into Which lead Two Staircases.SCENE ISCENE IIVICTOR HUGO – A SHORT BIOGRAPHYVICTOR HUGO – A CONCISE BIBLIOGRAPHY