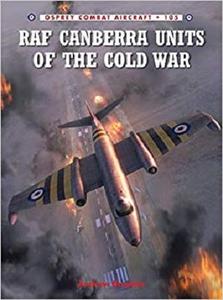 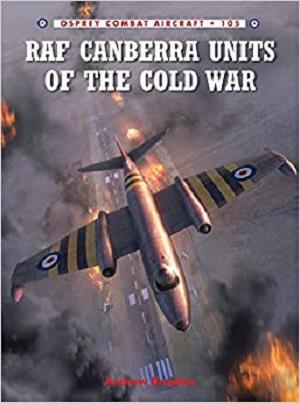 RAF Canberra Units of the Cold War (Combat Aircraft) by Andrew Brookes, Chris Davey
English | June 17, 2014 | ISBN: 1782004114 | 96 pages | PDF | 3.65 Mb
Throughout the Cold War, this 525mph bomber fulfilled the same role as the Mosquito fighter-bomber in World War II.
From its first public demonstration at the Farnborough Air Show of 1949, the English Electric Canberra bomber captured the attention of the aviation world. It could outmaneuver all the fighters of the time and it could climb way above their operating ceilings. Yet this bobmer was simple to maintain and a delight to fly, although it could punish any pilot who did not treat it with respect. The Canberra B 2 first flew on April 21, 1950 and entered frontline service with No 101 Sqn in May 1951. In a testament to the aircraft's benign handling characteristics, the transition program consisted of only 20 hours in the Gloster Meteor and three hours in the dual-control Canberra trainer. With a maximum speed of 470 knots (871 km/h), a standard service ceiling of 48,000 ft (14,600 m) and the ability to carry a 3.6-tonne (7,900-lb) payload, the Canberra was an instant success. Of the 42 RAF Canberra B 2 squadrons, 24 served in Bomber Command, four in Cyprus, one in the Far East and nine on special duties. The next bomber version was the B 6, of which ten squadrons served in Bomber Command, two in Cyprus and one in the Second Allied Tactical Air Force (2nd ATAF). Six B 15/B 16 squadrons served in Cyprus and the Far East, and five squadrons of B(I) 8s were assigned to the Supreme Allied Commander Europe's tactical nuclear force in 2nd ATAF. In addition, 19 squadrons of PR Canberras served in the photo-reconnaissance role. The Canberra PR 9, the last Canberra in RAF service, retired on June 23, 2006, 57 years after the first Canberra flight.