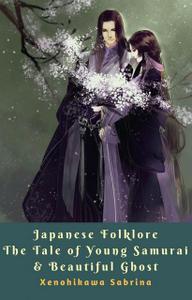 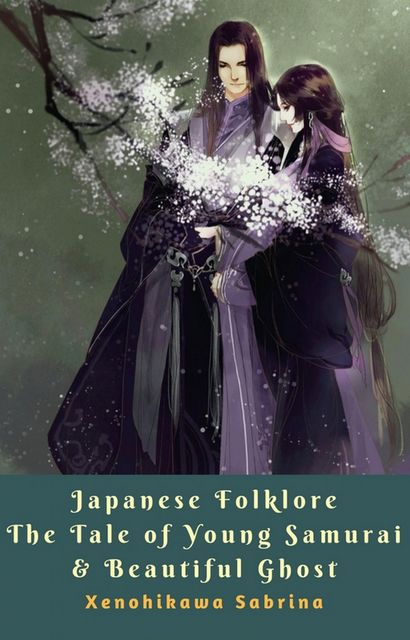 Many years ago, long before the present prosaic era, there lived in Yedo a young man named Toshika. His family belonged to the aristocratic rank of the hatamoto samurai, those knights who possessed the right to march to battle directly under the Shogun's flag (hata), and his father was a high official in the Tokugawa Shogunate.


Toshika, whose disposition was of a dreamy and indolent nature with scholarly tastes, had no occupation. He took life easily, and when his studies were finished, he went to live at the family villa situated in the suburb of Aoyama.


Toshika was not interested in society, and except for an occasional visit to his home or to his favourite friend, he never went anywhere. Far from the world he spent his days quietly and pleasantly, reading books, tending and watering his flowers, practising the tea-ceremony, and composing poetry and playing on the flute. He was a young man of many accomplishments and studied art. He collected curios and specimens of well-known calligraphy, which all Japanese prize greatly, and he particularly delighted in pictures.


One day a certain friend whom Toshika had not seen for several months, came to call upon him. He had just returned from a visit to the seaport of Nagasaki and knowing the young man's tastes had brought with him, as a present, a Chinese drawing of a beautiful woman, which he begged Toshika to accept.


Toshika was very pleased with this acquisition to his treasures. He examined the painting carefully, and though he could find no signature of the artist, his knowledge of the subject told him that it was probably drawn by the well-known Chinese painter of the Shin era.


It was the portrait of a young woman in the prime of youth, and Toshika felt intuitively that it was a real likeness. The face was one of radiant loveliness, and the longer he gazed at it, the more the charm and fascination of it grew upon him. He carried it to his own room and hung it up in the alcove. Whenever he felt lonely he retired to the solitude of his chamber, and sat for hours before the drawing, looking at it and even addressing it. As the days went by, gradually the picture seemed to glow with life and Toshika began to think of it as a person. He wondered who the original of the portrait could have been, and said that he envied the artist who had been granted the happiness of looking upon her beauty.


Daily the figure seemed more alive and the face more exquisite, and Toshika, as he gazed in rapture upon it, longed to know its history. The haunting pathos of the expression and the speaking wistfulness of the dark soft eyes called to his heart like music and gave him no peace.


Toshika, in fact, became enamoured of the lovely image suspended in the alcove, and as the infatuation grew upon him he placed fresh flowers before it, changing them daily. At night he had his quilts so arranged that the last thing he looked upon before closing his eyes in sleep was the lady of the picture.