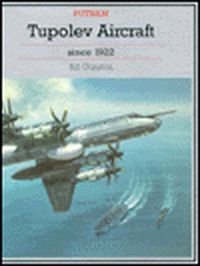 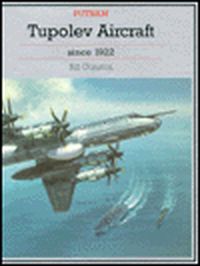 Bill Gunston - Tupolev Aircraft Since 1922
Naval Institute Press | 1996 | ISBN: 1557508828 | 248 pages | PDF | 131.32 MB
Until the break-up of the USSR, the development of Soviet aviation was kept secret, and it is only in recent years that authors have been able to gain access to so much previously unpublished material. Bill Gunston has taken full advantage of the new openness and this, along with his connections at Tupolev, has resulted in a history of Tupolev aircraft, from the ANT-1 to the Tu-2000. In the early years, Tupolev followed Junker's methods and built a range of metal aeroplanes with corrugated sheet skins. Among these was a range of four-engined heavy bombers, the ANT-9 twin- and three-engined airliners, the very long-range single-engined ANT-25 which made non-stop flights from the USSR to the West coast of North American and the very large eight-engined "Maxim Gorky". The range of twin-engined SB wartime bombers were of Tupolev design. After the war, Tupolev produced the successful Tu-16 series twin-jet and the Tu-20 (Tu-95) four propeller-turbine military types, to be followed by the supersonic Tu-22 jet bomber. Tupolev also pioneered the jet airliner, beginning with the Tu-104 which was followed by the Tu-124, Tu-134, Tu-154. Not so successful was Tupolev's Tu-144, the first supersonic aeroplane to fly. Amongst the latest products is the Tu-204 airliner with Rolls-Royce engines. The author describes all the Tupolev types and many of the projects in detail, employing the Putnam format.