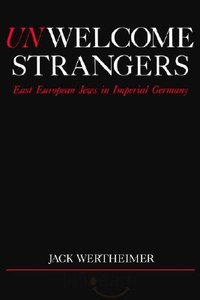 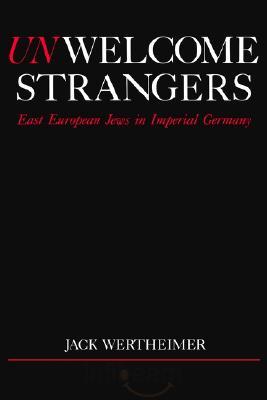 When East European Jews migrated westward in ever larger numbers between 1870 and 1914, both German government officials and the leaders of German Jewry were confronted by a series of new challenges. What policies did government leaders devise to cope with the seemingly unending tide of Jews flooding across Germany's borders? What was the actual, as opposed to the perceived, character of these Jewish migrants? How did native Jews respond to the arrival of coreligionists from the East? Drawing on archival research conducted in East and West Germany, Israel, and the United States, Unwelcome Strangers probes into these questions, touching on some of the most troubling issues in modern German and Jewish history–the behavior of Germans toward strangers in their midst, the status and self-perception of emancipated Jews in pre-Nazi Germany, and the responses of "privileged" Jews to needy, but alien, coreligionists.